It amazes me to hear the "success" stories of our new cash for clunkers program. The good part is that years from now when we study the causes of America's fall in classrooms the clunkers program will be an easy way for students to begin in economics.

On the surface it seems like a great program. A customer brings in their gas guzzling car and they buy a new one with a $4,500 credit. This program works out well for everyone in view. The buyer now has a new car at a great price. The seller now has a car sold and still makes a profit due to the $4,500 government subsidy. This will strengthen the economy in that the car dealership can now higher new workers and everyone in the car business now has additional revenue to spend into the economy. Those new workers will buy other goods, and so on.

One major piece is missing, however. Where did the $4,500 come from? 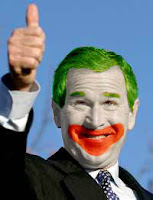 Remember, the government does not have any money, it collects money from the public. That means that $4,500 was taken from someone else or another business in order to give it to a car dealership. That other business or individual now has to suffer higher taxes in order to pay for cars to be purchased. They have lost purchasing power.

Is this use of $4,500 the most efficient use in the market. It is about the absolute worst. Not only are they taking money from another source, but they are then destroying the cars that are being turned in. The sum total is a massive loss of wealth to the economy as a whole. How about giving the cars to the poor or young people instead of destroying them?

The concept is blurred in that the United States is viewed by its own citizens as a country of unlimited spending. This year we will spend close to $4 trillion and take in $2 trillion in revenue. That leaves us at a $2 trillion deficit for the year. (This does not included social security or medicare. For an in depth look at our balance sheet, click on the tab to the left titled "Ticking Time Bomb.") The July totals were just released and we ran a $183 billion deficit for the month. 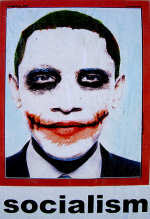 Revenues (taxes) are falling rapidly as the phony economy continues to slow and spending is on overdrive.

As of September of last year our country stood at a $75 trillion deficit. (Since then it has exploded upward due to the financial crisis bail outs) If we could continue to bring in $2 trillion a year in revenue, it would take us about 37 years to pay off our debts if we spent nothing. That means no schools, no police, no military, no construction, no hospitals, and no government workers. 37 years.

However, we are going the exact opposite direction. The deficit is rising rapidly toward $100 trillion and new spending programs are being launched by the week.

There are two ways out of our current fiscal crisis:

1. Declare bankruptcy as a country
2. Print the money needed to pay the debt

The second option devalues the currency and allows us to pay our creditors with cheaper dollars. It also allows us a pain free option to balance our books.

Pain free for some.

Since I have begun working at an apartment community over the past year I have seen a new world of lower living standards. Just about everyone I work with needs to scrape together the deposit for an apartment and most people just barely qualify with their income to rent. These people are on fixed salaries and many of them are retired and living off of social security payments.

What would an increase in the cost of living do to these people? It is going to wipe out an entire class. I shudder to think about how they will react when they realize what has been done to them by our government.

As our creditors continue to move away from our debt and our spending grows by the day, this new world is approaching like a freight train toward us. If we do not change direction right now, the best possible solution for many will be to leave the country and leave the bloodshed with Obama.