Its pretty much raining everywhere right now so I thought it would be a good time for a fireside talk about what is happening in the financial world as we wait for the football games to start this afternoon.


The big news of the week, no question about it, was the Massachuessetts Senate election. The state has essentially had democratic leadership since the dawn of mankind. When a replacement was needed for Kennedy, it was immediately assumed that the next in line democratic candidate would just show up and take over the post.

However, something fascinating began to happen over the past few weeks. An unknown contender, Scott Brown, began to run his campaign based on his ability to vote down Obama's spending bills of mass destruction and on Tuesday night he shocked the world by winning the seat.

His victory takes away the needed 60 votes the democrats had to vote through any bill they wanted. It slammed the breaks on Obamacare, as well as his other never ending spending a-bombs.

Tuesday night was a moment when I had a brief feeling of hope for our country. Not because I feel Republicans are any better than Democrats, but because it appears the people of the nation are very slowly starting to wake up to what is being done to them.

How does this all effect the markets? 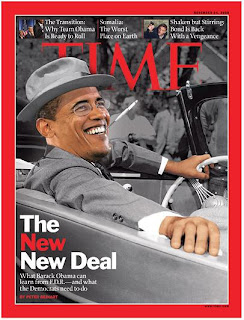 The next day Obama out of nowhere called a press conference and declared war on the banking sector, the "bad guys." The press conference was like watching a 12 year old girl emotionally throw a temper tantrum after being told she can't have something. Without even understanding what prop trading means, he told the world that he plans to do everything in his power to shut down proprietary trading at the offices of these reckless gamblers.

The markets, looking on with horror, began to sell off hard on Wednesday, Thursday, and Friday, understanding that our leadership is a rolling, reckless, loose cannon that is waiting to deploy on the next part of our ship.

Since they can no longer sell mortgages, put together merges and aquisitions, or launch IPO's, prop trading (gambling with the tax payer's money) was one of the few sources of revenue remaining.

In reality, Obama will do nothing of the sort. This was just populist chatter that will ultimately have no teeth.

What does have teeth is Obama's promise this week to re-direct focus on job growth. His most recent $154 billion jobs bill two months ago was just the down payment for what is likely coming.

As the jobs indicators across the board appear ready to turn down again, look for a massive spending bill to come from Washington to "create" jobs for the country.

By "create" of course I mean "destroy." The government has no money; they tax an efficient part of the economy to create inefficient government jobs. The sum is a net loss to the nation.

What will be interesting will be to see how large the job destruction bill will end up being. It's total will add to the current $1.7 trillion deficit projection this year.