You’ve probably been hearing that there are some problems with the local state government’s budgets. So just how big is the problem? 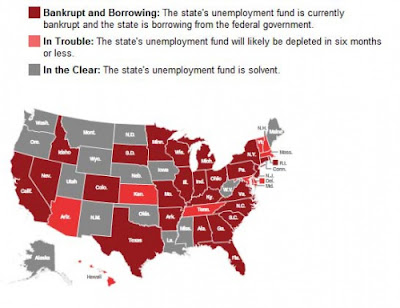 I have mentioned over the past few weeks that we are a country made up of Greek like bankrupt states, and this chart clearly shows that is the case.

The Federal Government is in far worse shape. However, instead of focusing on the total debt burden which is growing exponentially on its own, I want to look at another aspect of the debt that is usually never discussed: Interest Payments.........