Congratulations to California, the newest addition this week to the top ten most likely to fail government list. (First time on the top ten for Cali) Their default probability is now at 20%, which is something to keep an eye on if you hold municipal bonds in your 401k. (Hint: If you have a bond fund, you do) 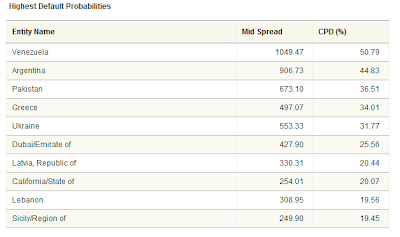 “We can’t get through this deficit without very terrible cuts,” Schwarzenegger spokesman Aaron McLear told reporters in Sacramento. “We don’t believe that raising taxes right now is the right thing to do.” 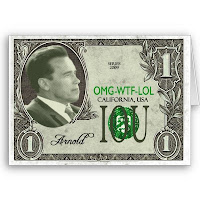 We have our very own Greece right here on the shores of America.  Unfortunately the size of California's debt burden is far greater than that of Greece.