Last week we got our first look at the residential housing market without the home buyer tax credit.


Buyers utilizing the tax credit will now understand that the program was a benefit to sellers, not buyers, as home prices will correct down without the artificial price increase.
The following chart shows the monthly home price % rise and fall since 2005.  Home prices began rising again last May through September only to roll over and began falling every month since. 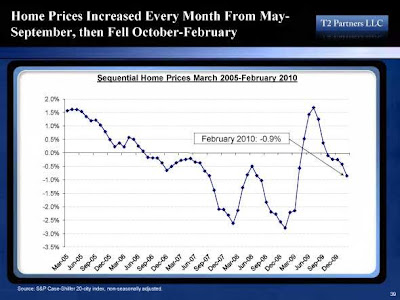 As I've spoken about repeatedly, there is an approaching foreclosure nightmare.  At the end of 2009, 14% of all loans were in some stage of foreclosure seen in the chart below. 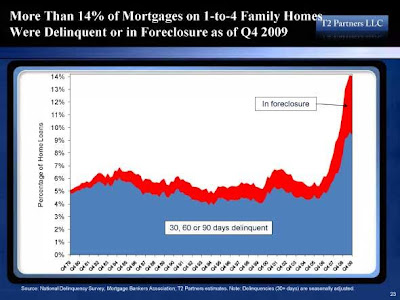 Most of these loans are in the delinquent stage meaning banks have not filed for foreclosure and are just letting homeowners live for free in order to avoid losses.
Every month more and more of this ocean of inventory will continue to hit the market.  The following shows the number of new foreclosure filings every month. 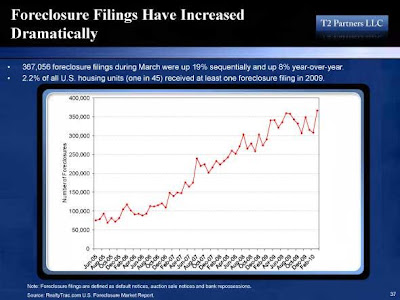 Fortunately for America our housing market has now been nationalized so we no longer worry about home prices falling.  The cost is now paid for by all.  Together.  As of last month 96.5% of all loans originated are backed by the American tax payer through the FHA, Fannie, and Freddie.  The percentage of government loans is the green line in the chart below: 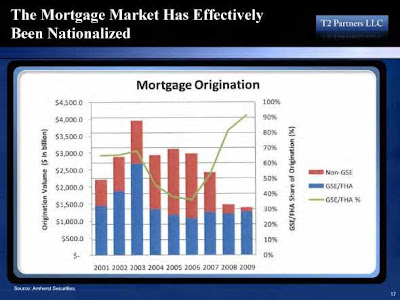 Every month these giants report massive losses that are paid for with our tax receipts.
Fortunately, adding massive losses to a government balance sheet that is already insolvent is no problem since governments never have debt problems right?
Oh wait, didn't I hear about some problems overseas with a country when the market lost faith in their ability to pay their deficit? 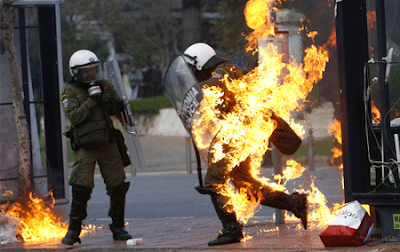 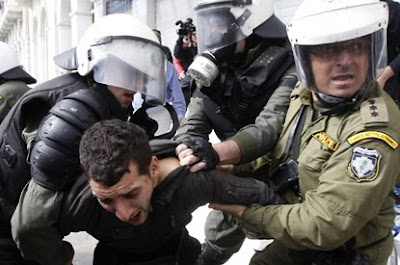 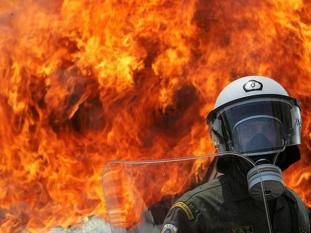 But that could never happen here in America.

How is America doing?  Let's take a look at April's balance sheet from the Federal Government:

April's tax deficit of $83 billion was the highest April deficit on record.

A year ago in April the deficit was $20.9 billion.

Buy your gold and say your prayers.  The final collapse is approaching fast.