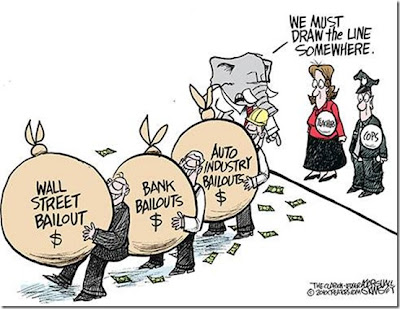 (Don't worry, don't worry, the state governments have already received just under $200 billion in bail out money since Obama took office.  They will need far more just to make payroll over the next few years, and they will get it, in addition to the money needed to cover the estimated $1-$3 trillion state government pension fund short fall)

The first actual failure will be the US Federal government when the day finally arrives when no one shows up at our debt auctions to put money into the beggar's plate.