Two important pieces of economic data were released this morning.  The first was weekly unemployment claims, or the number of people who were laid off and showed up to the unemployment office to claim a check.

The number came in at 451,000 for the week.  This does not mean we had a net loss of 451,000 jobs, because the number does not include the number of people that were hired during the week.

However, anything over 400,000 means we are losing jobs even when you factor in the people that are hired.  The chart below shows how long we have been over 400,000. 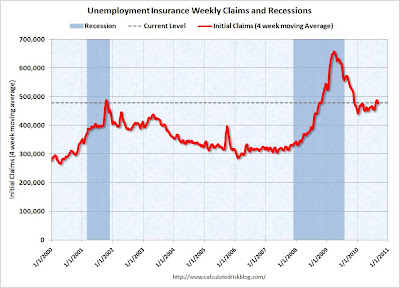 The second number was the the trade deficit for the month of July, which came in at $42.8 billion for the month.  To help understand the trade deficit, imagine that you decide to trade baseball cards with a friend.  Your card is worth $10 and his is worth $15.  You swap cards and give him a $5 I.O.U.  You promise to pay him back the $5 in the future.

That is how it works with our country and the others around the world.  We swap goods and the I.O.U. for last month came to $42.8 billion.  We have been running a massive monthly trade deficit every month for many, many years.

This is obviously a tremendous benefit to our country.  Everyone else works hard to produce goods and we exchange those good for pieces of papers called dollars.  The dollars are backed by nothing, and have no intrinsic value.

Over the past 12 months China has wised up to this game.  Instead of taking their dollars and reinvesting it back into America to fund our deficits, they are now buying commodities and companies around the world.  They are exchanging their worthless dollars for assets with real value.

Over the past 12 months they have lowered their dollar holdings by over $100 billion.

Our deficits are now funded by the Federal Reserve providing banks printed dollars at 0% who then in turn purchase treasury debt at a higher rate.  It is also funded by the Federal Reserve themselves who are just printing money and purchasing debt directly.  The third buyer is now the American public who are selling stocks and piling their savings into treasury bonds.

After getting slaughtered in the NASDAQ bubble and the real estate bubble, Americans are now piling into the last great bubble: the treasury bond market.  It is horrible to watch the tragedy unfold.

In the meantime China will keep acquiring real assets and building their consumer base internally.  When the dollar collapses China will be left holding all the assets, and America will begin the real financial crisis that has yet to begin.