As our country moves every day toward its own Greek/Irish insolvency crisis, it is always helpful to look at the drastic steps our leaders are taking toward keeping costs in line.

This week USA Today took a look at one budget component: federal employee pay.  They found out that:

"The number of federal workers earning $150,000 or more a year has soared tenfold in the past five years and doubled since President Obama took office" 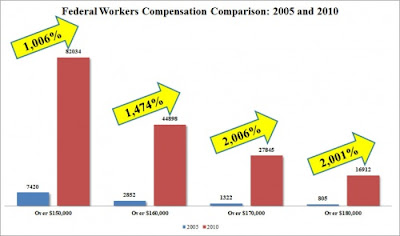 In response to this runaway reckless spending, Congress has decided to clamp down and only give the 2.1 million Federal workers a 1.4% raise this year across the board.

That was not a typo.  The salaries are increasing.

And you know what?  They are doing the right thing.  Why not continue to cash out while the money is good?

As long as they continue to funnel their massive paychecks into non-dollar based investments (which many of them are), and they keep their passport ready to exit America once this party is over, then god bless them.

We will leave the baby boomers here with their $100 trillion credit card tab.  And please don't worry, I am positive you'll find someone else who is more than willing to pick up the bill. 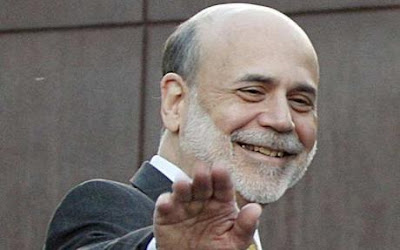