The markets have begun to move in a seesaw like fashion that essentially hinges on the current direction of the US dollar and the Euro.  Or it can be classified as:

US dollar weakness and Euro strength = Risk On
US dollar strength and Euro weakness = Risk Off
Since the Jackson Hole speech Bernanke gave at the end of August when he signaled to the market his intentions for Quantitative Easing II, it has been continuous dollar weakness and risk on.  In this environment essentially every asset rose across the board, and some exploded to the upside. (commodities)

Since the day QE II was announced and leading into the early part of this week with the Ireland default concerns, we have seen the opposite side of the seesaw move;  The euro weakened, risk came off, and assets fell across the board.

This morning we received word that the "bailout crew" (The IMF and ECB: the banks that can print money) had arrived in Ireland, and the market became hopeful that an agreement would take place.  This eased rates on Irish bonds, the Euro rose, risk came off, and every asset rose while some exploded to the upside. (commodities)  I wrote in detail about the Ireland bail out earlier this week.

So what does this all mean?

It means you have to pay close attention to events taking place now around the world and events that will take place that are unseen under the surface. 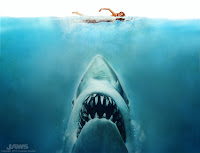 The unseen events are:

The next Euro defaults: Portugal and Spain

The next American defaults: California and Illinois

The strategy to employ as an investor is to understand what investments will perform well in the final endgame and plan on purchasing them when the seesaw moves in the right direction.  For example, if and when the euro weakens again because of problems with the Ireland bail out or concerns over the next default then these assets will most likely fall AND will perform well in the final endgame.  This should be regarded as an opportunity to add to current positions:

Then there are assets that will most likely fall, but should not be purchased:

Then there are assets that will continue to fall in either seesaw movement, and should not be purchased:

I will discuss how the final endgame will play out in the future, but this should provide a view of how and why the markets will perform over the next few months.