When a public employee of the state retires, such as a police officer or teacher, they receive a pension.  This means the government sends them a retirement check every month to pay for their living costs.

This has been a coming concern discussed for many years (relentlessly on this site), which has been dubbed "unfunded pension liabilities."  People disregard concerns until the day they arrive, and that day is here.

There is currently an estimated $3,000,000,000,000 (trillion) in unfunded pension liability across the country  The following provides an interactive chart to show how bankrupt your area's pension fund is:

Powered by Tableau
This is different than the muni-bond crisis, which is happening simultaneously.  The muni-bond crisis means that if states cannot raise new capital in the debt market, then the active police officers, teachers, fire fighters, and state workers will not get their pay checks.

Most state governments are currently bankrupt even without factoring in the pension time bomb.

Most assume that our Federal government will step in to fund the difference in muni-bond and pension shortfall.  This will add trillions to the deficit of the federal government, which also happens to be bankrupt.

Now that Americans can see retired workers in Alabama not receiving a pay check, it may be easier for them to understand the term "unfunded liabilities" for our federal deficit. This number includes social security and medicare and is currently at $75 trillion.  Once the debt catches up to reality, which like gravity it always does, it means there will be no social security and medicare checks coming in the mail.

We will most likely never get to that point, unfortunately.  Our Federal Reserve will most likely step in as early as this coming year to announce that QE3 will be focused on purchasing municipal bonds (state government debt) which will cover current debt and unfunded liabilities.

With this market back under control they can then continue to focus on our purchasing our $100 trillion in Federal government debt, including the unfunded liabilities.

It is not possible to put an upside target this decade for the price of gold with the blizzard of printed currency on the way. 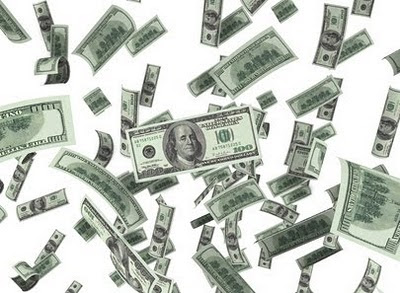