The DOW crossed above 12,000 this afternoon with the confidence instilled by President Obama's riveting State Of The Union speech last night.

During the speech, Obama made a bold statement that the country would initiate a spending freeze moving forward to bring control to the budget deficit.

After bringing our spending up to $4 trillion per year, Obama has decided to make the tough decision that enough is enough. 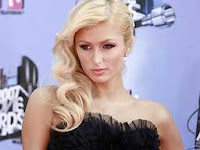 This is the equivalent of Paris Hilton's family estate bringing her spending up from $125 million to $250 million per year and then capping her moving forward with a "spending freeze."  They will make her sacrifice and live only on the $250 million per year to purchase shoes, clothes, cars, and make-up.

This would be very noble of them as parents, and it is a very noble gesture for Obama as a President.

The only problem with this spending "freeze" of $4 trillion per year is that our country only takes in $2 to $2.5 trillion in income (taxes) per year.  In addition, it owes $14 trillion in debt already.

That leaves a never ending annual budget deficit of $1.5 to $2 trillion per year.

That is a $4.1 billion deficit per day issued in the form of government bonds. ($1.5 trillion divided by 365 days)

Fortunately, the Federal Reserve announced in November that it will be printing $4.9 billion per day to purchase government bonds. ($900 billion in Quantitative Easing 2 over next 6 months)

This portion of the plan was not discussed last night, but should be an extensive portion of the President's address in 2014 when our next president is discussing our currency's collapse.

Until then let's give a round of applause to the man behind the real budget solution: 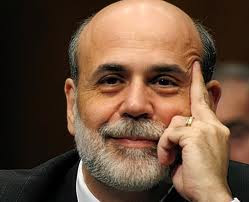 No. Please. Stand up and cheer for the courage behind our leaders to make the tough choices.