Vellejo, California made major news this week when they announced their plan to exit bankruptcy through reorganization of the debt owed to its largest creditors:

They will be paying unsecured bond holders 5 to 20 cents on the dollar.

To understand what this means, let's say that Vellejo, California needed to raise money to pay for their city expenses because their income did not cover their expenses in 2010.  They pick up the phone and call your home and tell you they would like to sell you $100,000 in bonds.

This sounds great to you since the bank is paying you less than 1% to hold your money in savings.

You write the check, put it in the mail box, and your interest payments begin to come in. 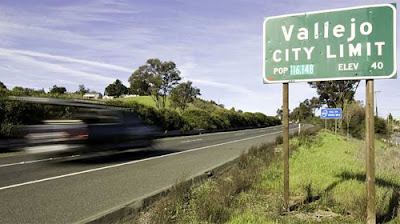 Until you pick up the newspaper and find out Vellejo is declaring bankruptcy.  You read they will be paying out 5 to 20 cents on the dollar for the debt they currently owe.

Municipal bonds are owned by banks, government and private pension funds, foreign governments, and they are laced across 401ks all over America.

However, this will be the main story in America during 2011 (unless the stock market collapse back down to fair value) and investors should be very cautious what loans they currently hold in the bond funds in their 401k's and IRA's.