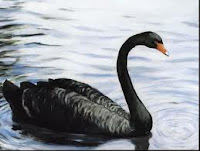 I remember back in 2008 during the month of February gas was hitting all time highs approaching $100 a barrel.  It was all over the news.  The talk about gas prices surging was on everyone's mind.

Prices ended up climbing to $147 a barrel during the summer of 2008 before collapsing, along with every other asset in the world, back to $33 just a few months later due to the financial system meltdown.

Since then people have assumed that it was all just a bad dream.  But here we are today, 3 years later, and oil prices are back in the low $90's, creeping toward $100 a barrel.

There are two key differences between where we are today and three years ago:

2.  Our country has run up $5 trillion on the national debt to try and backstop the economy

Our country is far more vulnerable to an oil shock today than it was 3 years ago.  I write this not as a prediction for oil prices in the short term. They could easily reverse course and correct hard downward. (This would provide a tremendous buying opportunity)

I look at an oil price shock as a "black swan" type event that analysts do not have factored into their risk models.

With the continued unrest in the middle east, it will a very important commodity to follow.