It is an important day for our Federal Reserve chairman as he releases a prepared speech at 12:30, then goes in for some Q & A later in the afternoon.

The topic on every one's mind will be QE3, or what the Fed will do next when their planned bond purchases end on June 30th.

Their are two camps on this matter. 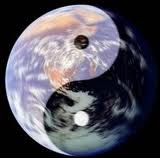 One side believes that the Fed must step in immediately and continue bond purchases, otherwise their would be no buyer for the debt.

The other camp believes that money will come into the treasury market and fill this void, just as it did last year at this time when the Fed finished QE1.

Ah, but what are the consequences of the latter action?  This is the important question.  Before we get there, we need to take a step back and do a mental exercise on global finance. 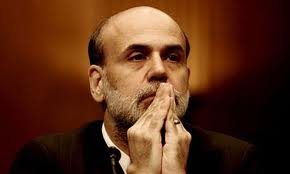 When the Fed engages in Quantitative Easing they are printing money by digitally creating it on a computer screen, then purchasing assets in the financial market. (Treasury bonds, mortgage bonds, AIG debt, etc)

It is important to understand that when the Fed injects this money into the economy they then lose control of it.  Imagine water being poured into a stream.  When it has entered you then have no control over which direction it will go, which rock it will move toward, which twig it will brush up against.

Now imagine that the world is one large stream of money.  It moves back and forth 24 hours a day from one location to another.  Sometimes more money rushes into Swiss Francs, sometimes it moves into corn, and other times it moves into a new hot stock.

The Fed's goal with their 0% interest rates and Quantitative Easing injections was to try to stimulate borrowers to take money because it cost close to nothing to do so.  In addition, they were providing additional water into the stream to try and bid up asset prices and prevent deflation. (money supply shrinking which would lead to falling prices)

When the financial crisis erupted in the fall of 2008 this entire process broke down and since that point the Fed has been almost helpless to re-create the bubble.  The money, just as water moves down a stream, has moved in the direction that it wants to go.

That direction has been heavily into commodities and to lesser degree: stocks. 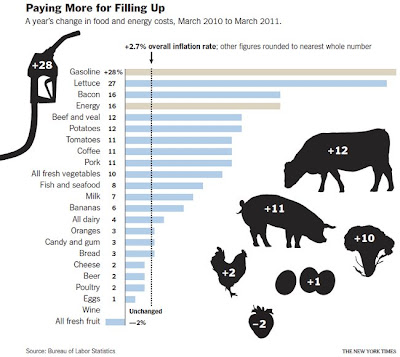 The commodity price increases have now created a problem for the Federal Reserve.  Their goal was to stimulate employment by enticing the American consumer to go out and spend and increase home prices with low mortgage rates.

Neither happened.  Instead, real unemployment has continued to rise (when factoring in people giving up looking for work) and the housing market has continued lower. 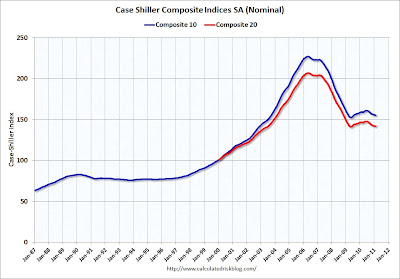 The rise in commodities, while not felt at first, will soon become damaging to the economy.  Consumers who are unemployed and underwater on their home are now having to pay higher gasoline, food, medical, and living costs.

So back to the important question:  What do I think would happen if the Fed did not continue forward with QE3 after June?

I am in the second camp; that there will be a buyer for treasury bonds, but money will need to move out of other assets to purchase these bonds such as stocks, commodities, and real estate.  These assets were getting a free ride with QE2, but will now have competition with $4.1 trillion in printed currency not being injected every single day.

The consequences of this will be stock prices falling along with real estate.  This will force the Fed's hand to step back in with QE3 at some point later this year.

Stay focused, and make sure you have cash ready if and when strong assets go on sale.