The financial world we find ourselves in today is eerily similar to the environment in late 2007 and the first half of 2008.

Back in 2008, the United States had rates far lower than the rest of the world.  This triggered money flows out of the US dollar and into higher paying interest rate emerging markets; Canada, Australia, Brazil, China.

As money floods into these countries it pours into local stocks, bonds, and real estate and drives up inflation as the money enters their stream.

The subsequent reaction, which we are seeing again today, is for their central banks to raise interest rates in order slow down speculation.  These higher rates only increase the demand for their currency and push the dollar lower. Here is the chart of the dollar breaking down through 2011: 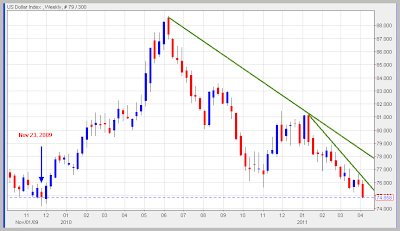 The United States imports most of the products we use and consume every day (about 75% of our oil is imported) and as the dollar moves lower it pushes the price of imported goods upward. 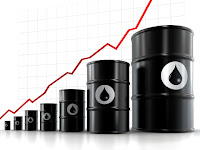 As the imported raw materials prices rise for American companies producing goods, the impact is felt at the register for consumers.  If costs continue to rise, as we see today, then it becomes far more difficult to continue to pass this cost on with increased prices.  Companies must then look for ways to cut spending, and they begin with their highest cost and the easiest to remove: employment.

This has created the resurgence of unemployment seen over the past month in the weekly claims. 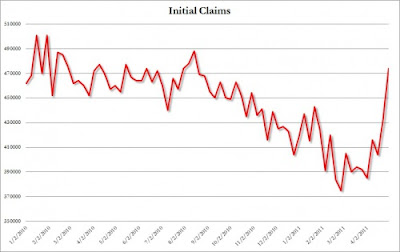 We are simultaneously seeing retail sales numbers rise, which confuses investors as unemployment rises.  In order to understand they must see the total picture just discussed.  Total retail sales volume is rising, mainly due to the increased cost to produce goods, which is due in large part to the run up in oil prices. 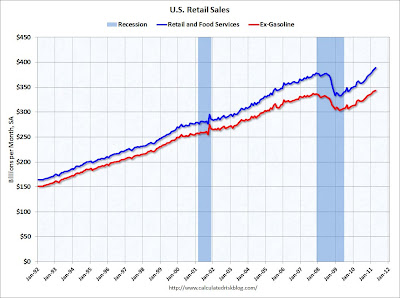 This is seen in the ECRI leading economic indicators, which are beginning to top and roll over.

This is the mirror environment to 2008 and should keep the astute investor very defensive in their portfolio.  While I recommended commodity related investments in foreign currencies, I have been cautious for 12 months now, continuing to recommend you hold your current positions but raise cash for a coming opportunity.

I believe this opportunity is now close and should appear by year end.  The dollar is beginning to strengthen, commodities have sold off, and stocks appear to be in trouble.

If we get another sell-off during the second half of this year (A European debt crisis can trigger another deflationary drop; a topic I will continue to discuss) you need to have gunpowder dry and ready for when investors flee back into the perceived safety of treasuries and cash.

At that point you can gladly hand them your cash in exchange for their strong assets that will be on sale.  My guess is that Bernanke and Obama will not wait long if we have another slow down in the economy.

Bernanke will unleash QE3 and Obama will follow with a fiscal stimulus.  This will then start the cycle over.  I will continue to monitor both the monetary flows, as well as investor sentiment, to recommend the best time to deploy your cash that currently waits patiently.

Until then, hope for commodity prices to continue to fall providing the gift of bargain pricing.  The ultimate end game is a US currency that is far lower in value, and commodity prices that are higher than what we have seen during the current secular bull market. 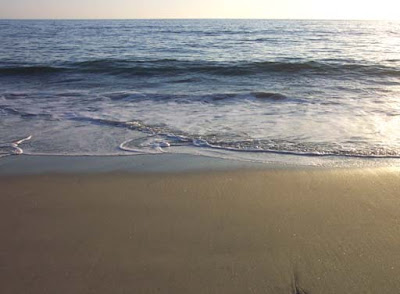 I am not a financial advisor, please speak with one before making any investment decisions.