The yield on Greece 10 year government bonds hit a record 16.5% this morning, but the real news is the contagion that continues to spread through Europe.  With the Greece, Ireland, and Portugal dominoes now toppled, the financial markets have shifted focus toward Spain and Italy.

Protests groups have begun to mount in Spain as unemployment continues to trend above 20%, and the country begins to cut spending ahead of the coming debt crisis.

Does this sound familiar?  It is the exact scenario that played out in Greece, Ireland, and Portugal.  The following shows a recent rally in Spain, which has been a non-violent event so far. 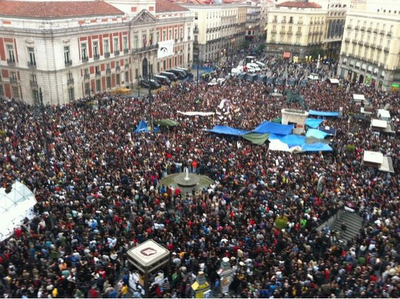 These protests, which are focused on not saving the banks during the bailouts, have moved to Italy as well.  More and more people are beginning to understand that a bailout only ensures that banker bonuses remain at extremely high levels.  The cost is then placed on the tax payer who faces both spending cuts and inflation.

The following shows the 10 year yield on Spanish debt: 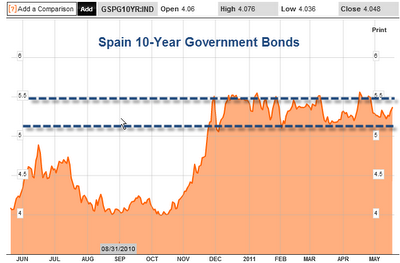 And 10 year yield on Italy debt: 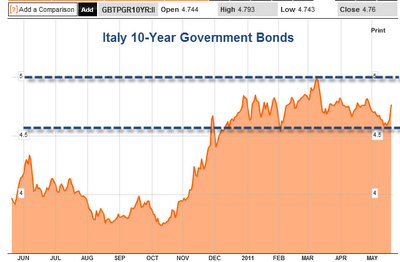 When they break higher from here, it will be crisis time.  What happens after that is unknown.  A Spain or Italy failure is the equivalent of Lehman brothers for the financial markets.

The fireworks should begin before we reach 2012.