Today marks the one year anniversary for the announcement of Greece's first bail out, which officially kicked off the second phase of our global financial crisis.  The first phase was the bursting of the 30 year credit bubble in the fall of 2008.  These toxic debts were then moved to the balance sheets of governments around the world.

With the second phase of the global financial crisis entering its second year it is always nice to check in with Greece, the place where it all began.  (The crisis over the past 12 months has spread to Portugal and Ireland, and will soon move throughout Europe and make its way to Japan, the UK, and the United States.
If you woke up in Greece this morning and went out for an afternoon walk, the following is what is taking place around you.  A first hand visual of what occurs when a government's credit card bounces. Coming soon to the USA. 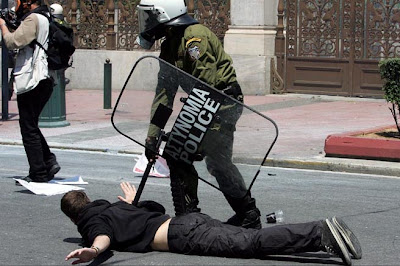 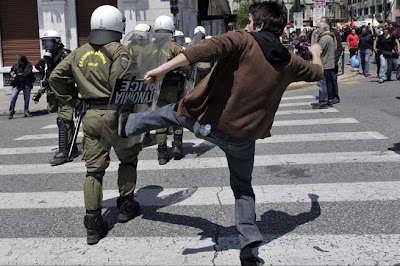