Enter Greece CDS: The Fork In The Road

The real problem facing the European Union and the global financial system is not the amount of debt that would have to be written down after a Greek default, but the insurance payments that would be triggered if the debt were to enter default status.  I discussed this concept in detail in The Real European Crisis Explained.

European leaders now understand that some sort of Greek write downs are going to be needed but the firm solution has evaded them thus far.  The biggest reason is the CDS situation discussed above and how to handle it.  There are two ways to deal with the solution.

The first would be to trigger write downs, or a "hair cut," on Greek debt and let the chips falls where they fall.  This was the technique used by our government for the Lehman bankruptcy.  The bank declared on Sunday morning, and the global financial markets woke up the next morning holding their breath. 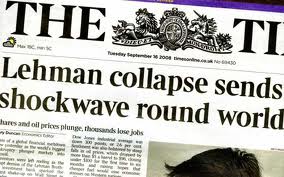 What happened next is that we found out who was holding the "insurance" on Lehman's debt.  It was a small unit of a large insurance company called AIG.  After a few telephone calls we then found out that AIG had no capital reserves to pay this insurance and the rest was history.

Option two would be a new strategy.  The CDS instrument is special in that it takes certain requirements to trigger the pay out.  The details of what would trigger a default are beyond the scope of this discussion and are also irrelevant due to the situation I am about to describe.

If the bail out crew in Europe was able to process a default on Greek debt without triggering the CDS payments it would be a perfect scenario right?

Not exactly.  There are always unseen side effects to actions taken in the financial markets, even if they are not immediately visible on the surface.

Let me provide an example to explain why.

I visit Sanibel Island every year with my family.  One day during the trip we drive to the edge of the island where many of the restaurants and beaches are located.  Along this strip of the island there are lines of homes that are right on the edge of ocean.  Even a small storm coming through would create major damage to the properties. 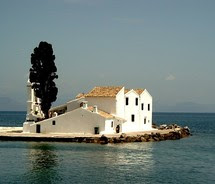 So why would anyone purchase a home on this location?

Because they can buy insurance.  If you were making a decision to buy a home, you would weigh in the monthly cost of insurance premiums against the comfort you would have knowing that if damage were to take place you would be protected.

Now, imagine that a small storm comes through providing serious damage to a large portion of the properties.  The owners are sad and begin to fill out the paperwork in order to collect their insurance payouts and repair their homes.

Then the government steps in and creates a loophole that would allow the insurance companies not to pay out.  The immediate devastation is felt first by the home owners would made their payments every month and now were left with nothing.

But there is a secondary effect.  Imagine if you were now a home owner interested in purchasing a home on that street.  If you knew that the insurance payment would not cover any damages for the property, how much money would you risk to purchase a home?

The price of real estate on this island would collapse and demand may possibly disappear completely.

Now let's come back to Greek bonds where the exact situation is taking place.  What if the government found a loop hole and the insurance premiums were not paid?

The initial investors who have been making their monthly premium payments would be devastated, but the real effect would be seen by the disappearance in demand in the open market for all European sovereign debt.

This complete lack of incoming capital would be almost as devastating as the first option; the Lehman option.

How we move forward from here is unknown, but it is important an as investor to be able to see both the immediate effects of policy decisions as well as the precession effects a few steps ahead.