I drove up to Blacksburg, VA yesterday to watch my beloved Clemson Tigers upset the Hokies and stay undefeated.  The game was raining and freezing, but I hardly noticed.  It was a great time. 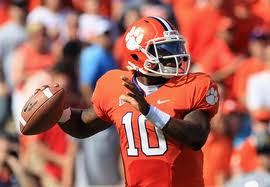 During the drive home this morning I had the opportunity to listen to a great discussion between Brian Pretti and Jim Puplava on Financial Sense Radio.  The conversation was based around relative value in terms of all asset classes and where we are in different market cycles for each asset.

This is one of my favorite topics for analysis and discussion and something I immerse myself into whenever possible in the form of radio, books, or articles.

The future direction of an asset in my view is based on two major components:

Value is determined by looking at the price paid for an asset based on its current and expected future return. There are two components to an asset's return:

1. The annual return you receive for purchasing the asset such as interest or dividends
2. The price movement of the underlying assets also known as capital gains

To help make all these components easier to understand we'll focus on determining value based on the annual payment you receive from owning an investment using examples from different asset choices: 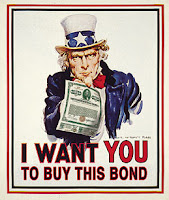 An annual return is probably most simple to view looking through a lens of a bond.  Purchasing a 10 year government bond today, an investor knows that he will receive 1.92% on his investment each year for a 10 year period.  At the end of 10 years, the investor will receive their original investment amount back in full.

Now let's look at purchasing a share of stock.  If an investor purchases a share of Wal-Mart today, they will receive an annual payment of 2.8% per year.  This is called a dividend payment.  The key difference is that Wal-Mart can lower or raise its dividend anytime it wishes.  A bond is locked in at a specific rate.

How about real estate?  An investor purchases a piece of real estate by looking at Net Operating Income (NOI).  This is the annual return an investor receives after subtracting all annual expenses from income (rent).  The price an investor pays for this income stream is determined by the percentage return they want to receive on their money. (Just as in the examples above)  If an investor wants a 10% annual return, and the annual NOI is $100,000, then they will offer $1,000,000 for the property. 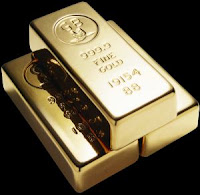 What about gold or commodities?  Gold provides an investor no return: 0% annual interest payment.  Its purchase price today is based solely on speculation that prices will be moving higher in the future.  This is why through most of history gold is the worst investment asset class.

If this was all that mattered, the annual return provided by an investment, then we could stop here and investing would be very simple.  However, there is a second and equally important component involved in the future direction of asset prices: sentiment.

Different asset classes historically have moved through periods of long term secular bull and bear markets.  During the end of a bear market, such as gold between 1980 - 2000, investors wanted nothing to do with owning it.  No one wanted gold in 1999, when its price was hovering around $250 an ounce.

During the end of a bull market, such as stocks between 1980 - 2000, everyone wants to own it.  Investors poured into Internet stocks in 1999.  This creates the boom bust cycle where assets go from under valued to over valued.

Rather then provide numerous historical examples, we will just skip to where we are today, and where I think we go from here.

Right now we are in the latter stages of a secular bull market in commodities.  While I believe we have one more major pull back (which may have already begun), I believe after the next correction we will move back into the final portion of the optimism phase and then enter the mania, such as we saw in stocks in 1999 - 2000 and real estate in 2005 - 2006.

Stocks have been in a bear market since March of 2000, the peak point of the previous mania.  During every step of the current bear market, stocks become more attractive to own, because less people want them.  I am far more bullish on stocks today with the DOW under 11,000 than I was when they were at 12,7000.  Price to earnings ratios will soon reach depressed bear market bottom levels, as investors feel that stocks will go down forever, just like they did with gold in the year 2000, and with stocks in 1982. (After stocks fell for 16 years)

Real estate began its current bear market in 2007 and continues on today.  Real estate usually flushes out and begins a new up cycle after only a few years (1990 - 1993) but our government has decided this time that they will do everything in their power not to let prices fall.  We must now wait until the government steps out of the way and allows prices to correct to free market levels before we reach bottom.  This could take many years judging by the amazing level of ignorance that currently occupies the role of our country's leadership.

Bonds are now in the final stage, the mania, of a 30 year bull market, which begin in 1982.  Prices investors are paying for bonds today will be looked back on as equal or above the insanity of the dot com stocks of 2000 or real estate in 2006.

To lend to a government that is bankrupt for 30 years at a 3% return, when inflation is currently running at 3.6% makes no logical sense. Guaranteeing a real loss of .6% (3.6% inflation - 3% interest) per year while investing in a government, like Greece, that is a ticking time bomb is the definition of lunacy.  However, sentiment, not logic, has full control now over the bond market.  Investors are now betting that the underlying asset will move higher in value, paying no attention to the return on their money.  This was seen when investors bought stocks at all time record low dividends in 2000 (and record high price to earnings ratios) and bought commercial real estate in California at cap rates of 1 or even 0 back in 2006!

You must try to imagine the world as an ocean of money that flows into different regions and different assets within that region.  Investors today have the option of investing in commercial real estate in Brazil through a REIT, an oil company in Canada, or a utility company in Hong Kong.  They can now do this in different currencies and the movement takes place at the speed of light.

When I make an investment decision or make plans to build a company, I do it first thinking about these global capital flows.  I take into account current and future value, current and future sentiment, and how politicians will affect (most likely hurt) that company or investment in the years ahead.

Everything is tied together in an interactive web.  When you immerse yourself into the capital flows around the world you can almost feel the money movement and future direction, like a fisherman who spends his life out on the open water.

I wake up in the morning excited to immerse myself into this world.  The financial markets, connected now through the Internet, are the one true global financial community.  The size and power of the community is breathtaking.

Think how the bond market has brought Greek politicians to their knees, while only three years ago they felt invincible.  The financial markets dictate how things move forward today.  If the stock market crashes, directly impacting consumer sentiment in America, it will be the death knell for Obama's re-election.

In closing, I believe commodities and all risk assets have one major correction ahead.  The herd will continue to pile into government bonds when this correction comes at the absolute worst time in history, and they will be slaughtered.  Again.

This will be the time to put remaining available cash into commodities for the final leg up.

For those investors looking for short term answers, I will do my best to provide them.  However, those that do not put the time in to researching market cycles will most likely not have to courage to act when others are running the other direction.  It is always easiest to move with the herd.  Always.