Summary: We entered a depression in December of 2007 which we have not left.  It has been papered over with $trillions in government spending and printed money.  The period of detoxing that our country desperately needed to begin 4 years ago was not taken.  Instead we injected larger doses of stimulus to try and mask the underlying problem.  Underneath the surface the fundamentals of the economy continue to deteriorate.

This can be seen most clearly through the never ending high unemployment and continuous fall in home prices, even as the government wastes $trillions to try and "stimulate" both.

The following chart shows how far we are away from full employment from when our depression began back in December 2007. (Red Line) It would take 262,000 new jobs every month from now until Obama's second term to bring the country back to full employment. 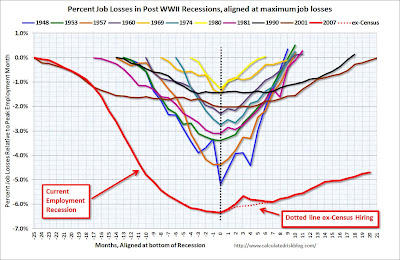 Then we have the chart, going back to 1969, of those unemployed for over 26 weeks.  Most of these jobs come from sectors such as the real estate industry (mortgage, construction, sales) that will not be coming back. 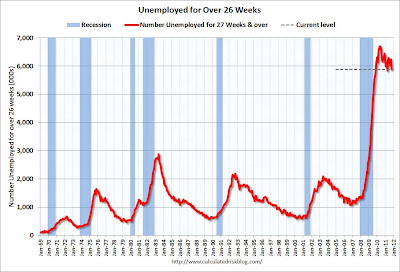