The question is no longer if the European Union will face a debt crisis. This was still a debatable topic as we entered 2011. We now can see that investors have turned on the debt, which marks an important psychological moment for the markets.

A piece of snow falls from the sky and lands on a mountainside. It triggers a few more pieces of snow to fall down the mountainside, they begin to gain speed, pick up other pieces of snow, and gain more speed. It reaches a tipping point when it has clearly become an avalanche and at that point it is far more difficult to contain or slow down than the point when it first began. The same theory applies to the collective psychology in our modern bond markets. The entire financial system is based on trust and confidence. What looks like a calm snow bank can soon turn into an avalanche in just a few moments if trust is lost. This can been seen repeatedly throughout market history (Latin debt crisis in 1980’s, Asian debt crisis in 1990’s, Long Term Capital Management in 1998, US subprime debt in 2007) but has most recently been applied to Greece, Portugal, and now Italy. 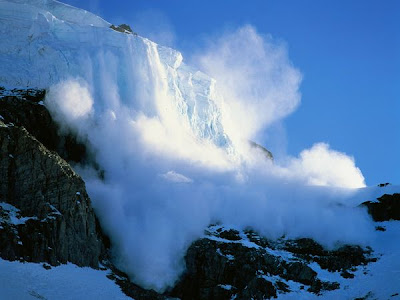 Now that the avalanche is here and visible the question is: how does this now impact the important financial markets around the world. The butterfly has flapped its wings in Europe, so what will be the effect in a small town in China, or a small business in America?

A recent book called This Time Is Different looked back at centuries of debt crisis and what took place after. Some simple key points:

-When a country reached a total debt to GDP ratio of 90% or higher it became a prime target for a debt avalanche to occur.

This last point is key because it is where we are today in Europe. When a country is forced to cut government spending their economy is going to slow down in the short term, especially if a large part of its GDP (economy) is currently funded through direct or related government spending.

To help understand why, imagine that you currently spend $20,000 per year using after tax revenue from your job. For the last 10 years you also have spent $20,000 per year using credit card debt that you only make the monthly payment on. You now have $200,000 in credit card debt and the company has told you that you can no longer borrow money. What impact would this have on your personal living standards and lifestyle? Your economic “growth” would take a major hit. It would also impact the economy around you. If you spent $400 a week at a prestigious restaurant and could no longer go, their business would suffer. If you purchased $500 a month in expensive new clothes and now had to shop at Wal-Mart, the high end store would suffer.

This exact scenario, although a very simple example, is what is taking place in Greece, Portugal, Spain, and Italy as their governments look for ways to cut spending where they did not need to look before. The country as a whole will slow down without the artificial boost it was receiving with enormous deficit spending. This slow down will reduce tax receipts, which will require even more spending cuts, creating a downward spiral effect.

The three major pillars of the global economy are currently the United States, Europe, and China. Many smaller and developing areas are tied in directly to these economies based on the interconnected nature of global trade and finance. While people pay very close attention to China’s exports to the United States, they only recently have taken notice of how dependent China is on exports into Europe.

Many view China’s economy as a potential snow bank just waiting on the first trigger to ignite an avalanche. The reason is not a problem with their government balance sheet (they have run a large trade and balance sheet surplus for many years), it is due to their real estate market.

The Chinese bank then provides the Chinese exporter an equal dollar amount of money in yuan, their local currency. But where does the (large) supply of yuan come from to satisfy the demand of the large number of exporters that show up to the bank to collect the money?

It is created (printed) by the Central Bank of China. The Central Bank stores the dollars as reserves and provides newly printed yuan in exchange. This has flooded the market with currency and has created high inflation in China. This is only one way dollars have entered the country; money can flow freely across borders in our global economy and investors and businesses have poured money into China buying real estate, stocks, businesses and bonds.

In a normal environment this would cause the currency in that country to soar in value (high demand and limited supply), but the central bank has matched this demand with new supply to keep the currency peg in place. So what effect does this have on China? This flood of yuan needs to find a home for Chinese citizens to protect themselves from higher prices. A lion's share of the money has moved into the real estate sector.

This caused prices to rise to astronomical levels creating an unimaginable price vs. income level. This, as we have seen first hand in America, has now created a housing bubble. In addition to the investment money pouring into the market, the government itself has doubled down on the bet and poured government funds into real estate development. Multiple “ghost cities” have even been constructed where hundreds of empty buildings now sit.

Developers are now beginning to miss payments on borrowed money from the banks and many will soon walk away from these debt obligations. This will bring strain on their banking system.

The Chinese real estate market has reached the point where prices are beginning to fall in many major cities. Falling prices will cause new investors to back away from the market and recent investors to become underwater on their loans (sound familiar?). Falling prices in the real estate market is the psychological trigger, the snowflake landing on the slope, that triggers the downward spiral that is extremely difficult to reverse.

A Chinese slowdown of any kind has dramatic repercussions everywhere in the world. Commodity prices are impacted greatly by China’s insatiable appetite for growth (real estate growth). The Australian economy for example is heavily dependent on resource exports to China.

If Europe slows significantly, slowing a major portion of China’s exports to that region, it will only magnify the pain on China’s real estate market, significantly slowing their overall economy. The butterfly has flapped its wings in Italy, and a snowflake may fall on the Chinese economy.

How else will this butterfly effect impact markets around the world? Let’s take a look at a very important mountain slope just waiting for that triggering snowflake.