Months passed after Dubai, markets forgot the event, and everything went back to the new normal. Then in March of 2010 another small country appeared in the spot light because they were having some minor “problems” with their government debt financing. Interest rates began to rise off their ultra low AAA status levels. Most investors brushed it off as a temporary problem easily fixed. The country was Greece. 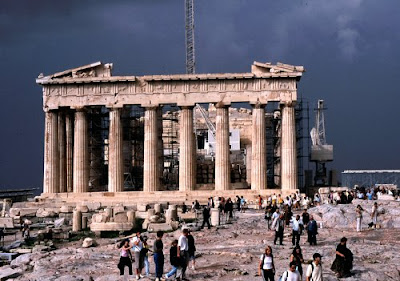 The European Union came together with the IMF to announce a bailout package for Greece. This temporarily cured the panic. The Greece situation caused investors to take a look at the other government balance sheets in Europe and they found that both Ireland and Portugal were in serious trouble as well. Interest rates began to rise rapidly and a new bailout was announced for these two countries with additional funding for Greece.

The panic was temporarily cured. Interest rates continued to rise on “PIGS” debt into 2010 and the problem was seen as contained as long it stayed within the smaller European countries. A major problem would exist if it moved toward a larger economy like Spain or Italy.

Through the first half of 2011 Italy was never mentioned in the European debt discussion. Then in the summer their interest rates began to separate from Germany and move higher. Through the summer and into the fall interest rates continued to rise in tandem with the other “PIIGS.” (Portugal, Ireland, Italy, Greece, Spain)

A new bailout program was announced called the EFSF program. This program would take money from all European countries to form one large bailout program. The program was destined to fail before it began as common sense will tell you that an insolvent country cannot contribute funds to bail itself out. This left only France and Germany as the major contributors to the program and they did not have near the resources save the entire European Union.

Rating agencies began downgrading and putting downgrade reviews on countries across the EU (including France), which compounded the problem by making it more difficult for these nations to borrow.

After understanding what was evolving in Europe, investors then began to ask the next logical question: If these European bonds were losing value and may possibly face default, who is holding these bonds? Who was the lender holding the toxic debt on their balance sheet? After some research they discovered it was the European banks. Not only that but these banks purchased debt on leverage, sometimes 30 to 1, which was the leverage seen by US banks purchasing mortgage securities back in 2008.

Purchasing with 30 to 1 leverage means that you hold $3 in capital as a buffer against $100 in bonds purchased. Or to put it another way, if the value of the bonds fell by more than 3% you were underwater. Investors began to realize this as Greek bonds were falling in value by 20%...30%...50%, after being risk free only months earlier.

Dexia, a major Belgian-French bank, was nationalized soon after the market realized the losses on their balance sheet were enormous. MF Global, another major financial institution failed a few weeks later, after investors learned that they also had purchased toxic government bonds with tremendous leverage.

During the crisis of 2008 many countries, including the United States, spent (or printed) the money to recapitalize their banks. Europe did not. This means that their banking system is extremely fragile and many of the banks will have to be nationalized. The toxic debt will move from the banks balance sheets onto the government balance sheets compounding the current debt problem.

As the banking system began to freeze up in the last weeks of 2011, The Federal Reserve announced they were cutting interest rates on their global swap lines down to .5%. This means that foreign central banks can borrow an unlimited amount of US dollars in exchange for their own currency and pump that liquidity into the banking system.

The European Central bank doubled down on the this easing by announcing a program called LTRO in which European banks can give the ECB “collateral” (toxic bonds) in exchange for cash with the promise to pay back the money in 3 years at 1% interest per year.

We enter 2011 with everyone focused on how Europe will continue to manage the debt crisis moving forward, and will now look at where are headed in the year ahead, which promises to be one of the most turbulent in years.

We will find that just as Europe was not even on the radar in 2009, today there are even bigger sovereign debt crisis approaching outside the Eurozone that will be rocking the financial system as Europe is still reeling from their internal shockwaves. 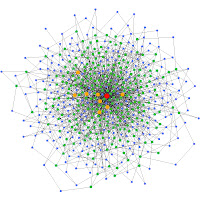 In order to understand how events will transpire moving forward you have to understand that our entire financial global economy is interconnected. Those that feel that certain countries will not be impacted by another part of the world growing (positively) or contracting (negatively) will be hurt both in business and investing.

I believe we have now entered the stage where the 40 years of global debt binging is now coming to a climax. The toxic loans have now moved from the private balance sheets to the government balance sheets. With government loans now going toxic, we have reached the Endgame.

This is not the end of the world, it is not some sort of Armageddon, but it is the end of the current paradigm, financial period, or however you refer to our current monetary structure. Throughout history there has been a entirely new monetary system every 40 years. We began the current system on August 15, 1971 when President Nixon removed the current gold based system and we entered a global exchange rate system. Currencies are now valued against each other, backed and restrained by nothing, and governments now have the ability to run unlimited and unchecked deficits that were formally balanced through the gold system.

We have an off balance sheet derivatives market that grows annually and is closing in on 1 quadrillion in size. That is 1,000 trillions. The entire global stock market is valued at less than $50 trillion to put that number into perspective.

Our global financial system is an enormous bed of nitroglycerin waiting for a match. Before we move on to individual countries and markets let's review the bigger picture to see why a butterfly flapping its wings in Greece can create an earthquake in Japan.