How Is Money Created To Buy Flowers & Chocolate?

I am heading to the mountains this afternoon for a romantic evening with my lady, so I won't be able to provide you the details on my personal excitement of Apple's stock crossing over 500 this week.

I will leave you with the details on something I think is a little more important.  In order to understand how and why money is moving around the world on a daily basis, it is important to first understand what money is and how it is created, something that 99% of investors do not take the time to do before investing their hard earned capital.  So for Valentine's Day I'll leave you with a 10 minute romantic movie you can watch this evening with your special someone that explains this simple but important topic.

Not enough love?  Okay, Okay, let's take a quick look at a few fun charts before I get in the car.

We'll start off with who the bond market will soon be targeting now that we have completed the next Greek bailout.  The following shows Portugal's steady rising government debt to GDP ratio.  As austerity is put in place it will shrink the size of their GDP creating the vicious cycle discussed in 2012 Outlook: Global Butterfly Effect. 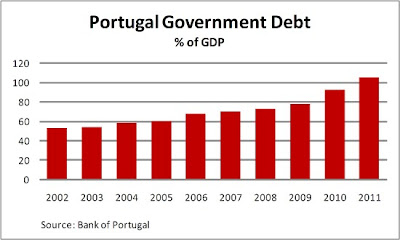 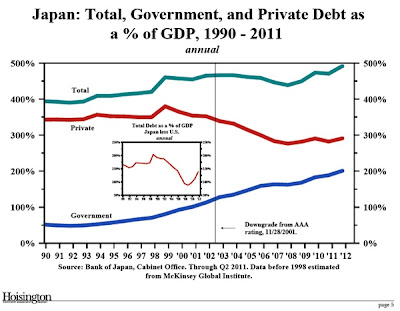 Finally we look at the final two pieces of the sovereign debt crisis, the UK and the United States (total public and private debt to GDP ratios).  No one knows which of the big 3 (Japan, UK, US) the bond market will turn on first, but we do know it is only a matter of time for all 3 ticking time bombs. 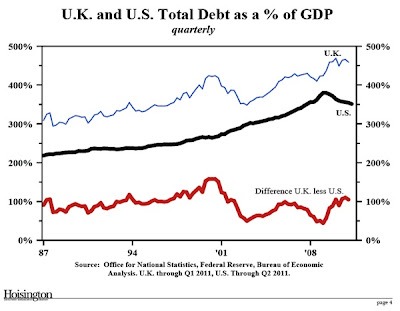 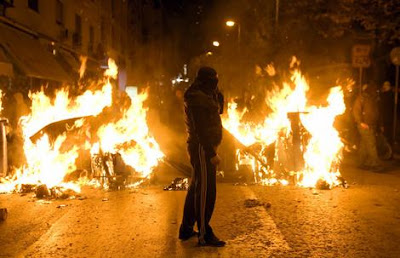 Anyone kind enough to lend money to bankrupt Japan, UK, or United States at close to 0% interest?  Now that is love for your country.