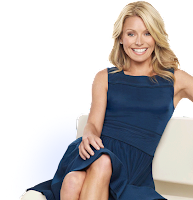 This morning, I was having the usual breakfast and coffee with my girlfriend with CNBC on in the background on mute.  We were discussing the Regis and Kelly show and who was going to be picked as her new co-host to replace Regis.  A very big decision in our house.

Then the jobs report hit at 8:30, the most important piece of economic data of the month, and so we took the TV off mute to listen.  The report came in with an increase of 243,000 jobs in the month and the unemployment rate fell to 8.3%.  The CNBC reporters were falling over themselves with excitement on how incredible the jobs recovery  was progressing.  The stock market roared higher on the news, which confirmed their new bullish outlook on the world.  After listening to their euphoria we both said, "wow, that sounds really good."  I kissed her goodbye and headed to the office to get on with my regular work day.

For most people it will end there. They will read the headline, see Obama's approval rating rise, and see the stock market rise to confirm that everything is good with the world.  Some will take a few minutes to check in with this site for the truth, even if it may not be what they want to hear it.  So with that, let's take a look at the real jobs report.

If you have 200 people on an island and 92 are working, you have 46% of the people employed, or 54% unemployment.  That number is very scary, so the government on this island decides that it will change the way they calculate the number of people unemployed.

Let's say that of the 200 people living on the island, 100 have been out of work for so long that they have given up looking for a job.  "Aha!" says the the government, "these people are no longer in the labor force because they have given up. They should no longer be counted."

Now there are 92 people working with only 100 people in the labor force.  This means they now have only an 8% unemployment rate!

The following chart shows the steady rise of people in America "leaving the labor force" since our depression began in December of 2007.  Look at the highlighted portion of the graph showing this month where 1.2 million Americans left the labor force in a single month.  This number is staggering. 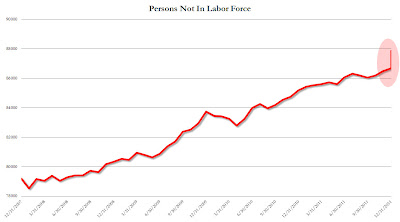 I know exactly what you are thinking after looking at this graph: Millions of baby boomers are now entering retirement and leaving work, meaning they obviously would not be looking for jobs, right?  I understand, that was the first response that I had as well. 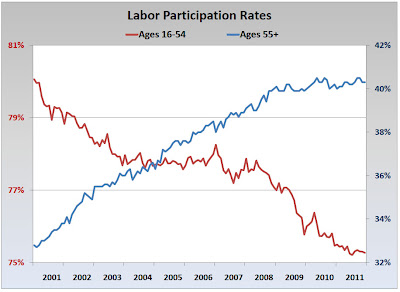 The trend is simple.  More Americans that should be retiring are having to go back to work and look for a job while those that are in their working age have been out of work for so long that they are giving up.  Based on the 1.2 million spike in the chart above, it appears giving up looking for work is now going mainstream.

Of the 243k jobs reported, 113k are estimated to be low wage jobs.  In addition, this month's report showed a record surge in part time workers (highlighted in graph below). 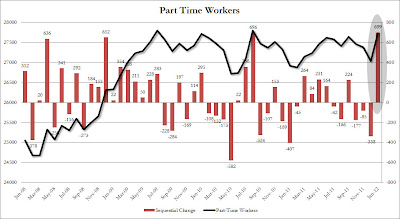 Do not be fooled by the media machine.  The depression that our economy entered in December of 2007 has not ended.  It has been covered with trillions of dollars in both deficit spending and printed currency, which is the equivalent to painting the exterior of a home as it is being eaten away at the foundation by termites.

One day someone will walk by and see the home laying in rubble and wonder how such a beautiful home could have collapsed so quickly.

Our day of reckoning is coming, and the termites are now growing by the trillions year after year.

All charts courtesy of Zero Hedge.