Checking In With Spain 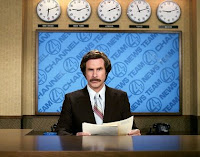 In America we come home from work today and open the window to take in some beautiful fresh spring air. We turn on the news to hear that "stocks are up, unemployment claims are down, and the global economy is running back on track." Thank goodness that silly European sovereign situation that everyone was worried about back in October when the markets were crashing is now completely behind us. Greece has been bailed out, and we can now go back to our regular broadcasting.

But, wait a minute. The clip below shows what is taking place in the country of Spain this afternoon, which appears to be different than "back on track" and "full recovery." With over 23% unemployment in their country and over 50% unemployment for their youth they are not going home to open their windows and eat warm pie. They have decided instead to spend the afternoon smashing windows and setting buildings on fire.  Yes, I know, their news broadcasters must not have told them the European debt crisis is over.
Unfortunately, the people of Spain have recently found out that their government also cannot pay their bills.  They have found out that the price of the home they purchased for a retirement investment is in free fall as the Spanish real estate bubble continues to plunge downward. 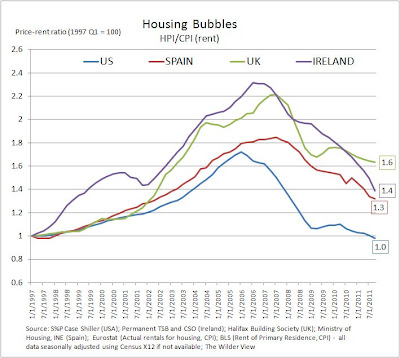 They have also been told that instead of government "stimulus" programs like America currently runs for its people, they will be getting government "austerity" programs for their citizens.  It turns out "austerity" means pay cuts and job losses. Here is how they have taken the news:
What is the worldwide exposure to losses in Spanish debt?
Just $1 Trillion. Or 6 times the size of the bailout needed for AIG.
This does not include payouts on credit default swaps, which we now know will paid out based on the process we just followed with the Greek default. See here.
But that is not anything for those outside Spain to be concerned about. "The stock market is up, unemployment claims are down, and the global economy is back on track."
For a complete analysis on sovereign debt see Global Market Forecast: Sovereign Debt Review.