As a follow up to yesterday's post, Blythe Masters Discusses Silver Manipulation, today we have an excellent interview with Mike Maloney on RT News discussing the manipulation in gold and silver markets taking place every day.

Again, as I said yesterday, this is not something to get hysterical about. When discussing the markets people openly understand and talk about the fact that central banks and the largest banks have an active interest in moving/"manipulating" currency prices (Bank of Japan entering market to sell yen), government bond interest rates (ECB's LTRO program where they purchased over $1 trillion in government bonds over the past 9 months), mortgage interest rates (Fed's QE programs dedicated to mortgage purchases), or even stock prices (the Fed released an op-ed last year boasting of their impact on stock market prices).

But.......if someone dares mention that after openly and clearly moving these markets, that they also have an interest in moving precious metals prices then you are considered a tin foil hat wearing lunatic. 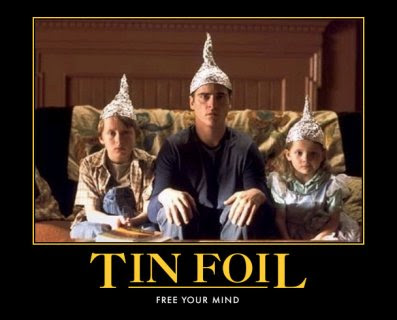 The following chart, which Maloney discussed in the video below and was released by Chris Martensen a few weeks ago, shows the price returns if you just invested in gold and held it from 2001 to present day (red line).

The blue line shows what would have happened to your returns if you "shorted" gold (bet against it falling) during the trading day and then bought it after the market closed every afternoon (went long). What this shows is that gold fell tremendously during trading hours (when it was pushed lower by traders) and soared after hours when the trading day closed. The returns are staggering. 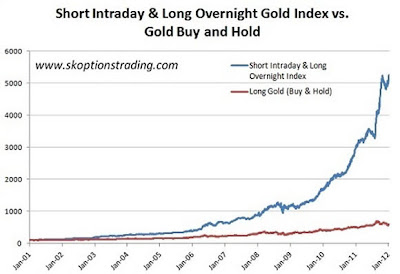 Maloney also does an excellent job discussing the technical triggers (stop or sell orders) that are in place.  I want to take a moment to try and explain the concept in easy to understand terms.

A friend of mine is an active investor in the silver market. However, because he gets nervous about silver's large declines he likes to put stop orders on his trades. Silver today is trading around $32 so let's say he buys X amount of shares of SLV (silver's ETF) and he puts a stop order at $30. This means when silver hits $30 his trading account will automatically sell the silver.

Most traders set up these stop orders around key resistance points based on technical analysis charts. This creates a large group of sell orders at specific trading points.

Now, let's say I'm JP Morgan and Blythe Masters. Blythe has the ability to look at her computer screen and see this cluster of sell orders sitting at $30 like a herd of cattle ready for slaughter. She has the ability to unload an unlimited amount of silver sales (futures contracts) in a matter of seconds. Without the ability for buyers to respond to this onslaught of selling the price plunges down and connects with the $30 trigger. This then triggers the mass of automatic sell orders pushing the price down even further.

This is why sometimes silver (and gold) will cascade down in the middle of a trading day on no news. JP Morgan will then cover the shorts (or a large portion of them) and collect the profits on the move down. It is like printing money. What makes this a no risk situation is that they have the ability to fire in an unlimited amount of  sell orders. The silver market is a spec of dust in size making it even easier.

An obvious question is, "why does a large hedge fund/bank/investor not take the other side of the position and purchase an enormous amount of silver contracts long to push the price higher and counter this effort?" The metals exchange has limits on the amount of buy orders leaving investors helpless against the selling onslaught. JP Morgan will always have more firepower.

During these cascading moves downward in the paper market a large portion of the smart money, especially large funds in Asia, recently have begun to enter the market and purchase physical precious metals. They view each manipulated plunge downward as a gift, understanding that eventually the supply/demand fundamentals of the physical market will overwhelm the paper market. When it does, it is not going to happen in a slow and orderly rise. It will be a violent explosion upward in price.

Remember what happened when the government and large banks stepped into the real estate market and artificially pushed the market upward with low interest and 125% financing for every American? Remember what happened when the artificial stimulus/"manipulation" was removed? Market interventions end in a disorderly fashion by nature which can be seen and studied time and time again through history.

This is not tin foil hat conjecture. It is just common sense and 5th grade math. More from Maloney: