2012 Second Half Outlook: US Employment & Income

This past Friday we received the US employment numbers for the month of May and they were catastrophic. Analysts had a consensus estimate of 150,000 new jobs created. The number came in at only 69,000 new jobs created. The April number was revised down to 77,000 from the originally reported 115,000. Almost all of the job growth came from part-time jobs. From the Wall Street Journal:

The number of Americans working full-time fell by 266,000 in May, erasing all the gains of the past three months. The total employment figure only rose because 618,000 more people got part-time jobs. Many of the people would rather be working full time: the number of people classified as “part time for economic reasons” – meaning they’re working part time because they can’t find a full time job rose by 250,000 to 8.1 million people. 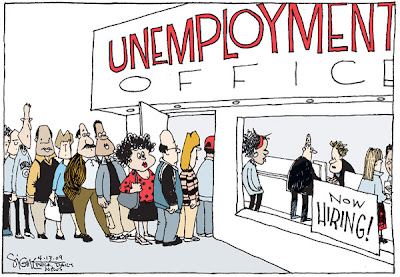 For the first time in history, a majority of jobless workers over 25 have attended some college (see student loan discussion above). In addition, more companies continue to higher from overseas. 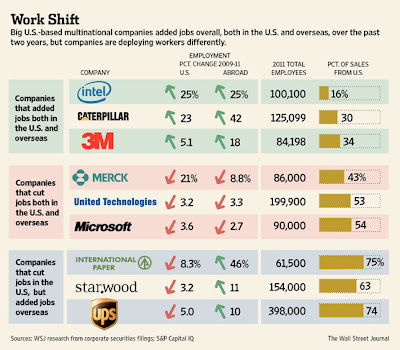 So with the number of people unemployed, taking part time jobs, and taking pay reductions surging, how is the American consumer continuing to go shopping every month? Government stimulus programs.

The following graph shows the number of Americans that have flooded into both the food stamp and disabled workers programs for government income: 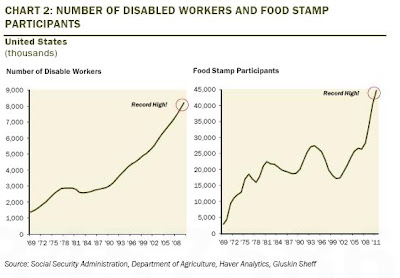 This has been combined with the two years of unemployment benefits. The percentage of Americans receiving government benefits had risen to 49.1% at the end of quarter one 2011. The number is certainly higher today. 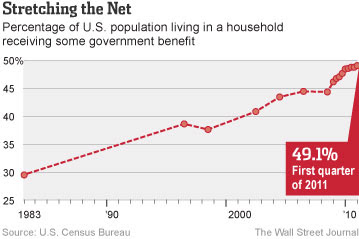 In addition to direct government support, there is the current economic stimulus of those not making mortgage payments. While foreclosures continue to be held off the market (see Home Prices Reach New Lows), it allows an enormous number of Americans to live payment free month after month.

In a moment, we will discuss how this federal spending has been financed as well as the outlook for employment, but first let's take a look at current asset prices around the world. You must know where you are today before you can determine where you will be moving in the future.

Up Next: Asset Prices Today