Save Us, Ben Bernanke, You're Our Only Hope

That headline and picture came from a recent article in the Atlantic discussing the market's last hope as the economic data continues to crumble around the world. While we wait with breathless anticipation to hear how much stimulus the Federal Reserve chairman will announce tomorrow at 2:15 PM, we get Art Cashin's thoughts today on what may be in store. 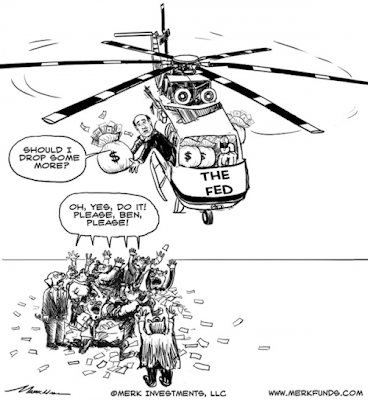 The following graph shows the Federal Reserve's correlation to stocks during their QE programs since the financial crisis began in 2008. The blue line shows the QE programs (balance sheet growth through money printing) and the gold line shows the S&P 500 tracking higher with every money printing boost. They have once again intersected while the world waits on Bernanke's announcement. The biggest scare the markets could receive would be the Fed announcing the next round of QE with a reactionary sell off in stocks. Whether that will be during QE 3, 4, or 5 is unknown, but it is coming. 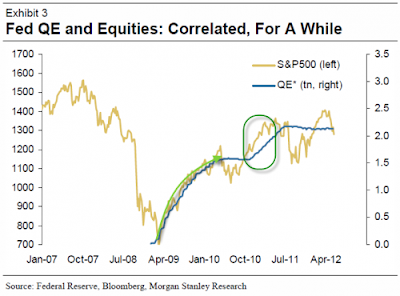