During the outlook to begin the year I wrote a segment titled Global Butterfly Effect where I tried to explain the importance of the interconnected nature of the global economy.

The following graphic, which I have shown in the past, helps provide a visual on global trade and shows that over 50 percent of the goods traded in the world move through Europe. 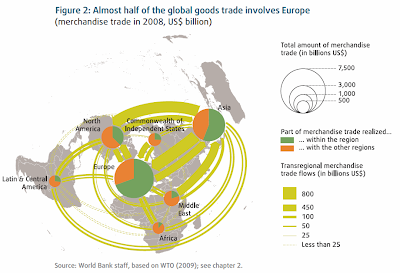 My thesis for the year was that the contraction that had begun in the European economy would intensify as the year moved on and drag down the global economy like an anchor dragging along the ocean floor.

The following shows the most recent data for the Eurozone manufacturing PMI data in June. In has now fallen for 11 consecutive months. Any number below 50 in the index means contraction and the index now sits at 45.1. 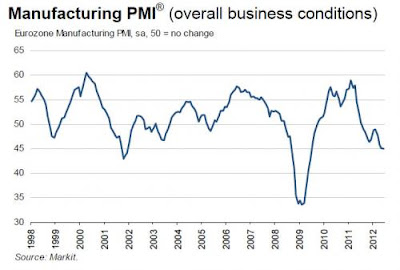 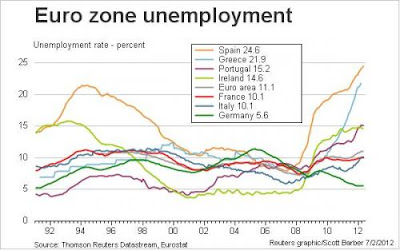 Europe's slowdown has now begun to drag down the manufacturing indexes for the other major economies around the world. Every major tick downward has been a "surprise" to economists not understanding how this slowdown could be occurring. The United States ISM for June moved into contraction territory at 49.7 for the first time since July of 2007. 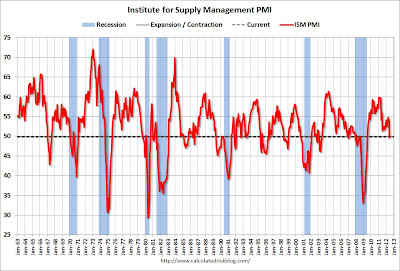 In China the manufacturing index has now crossed down to 48.2, signaling the 8th consecutive month of weakening data. 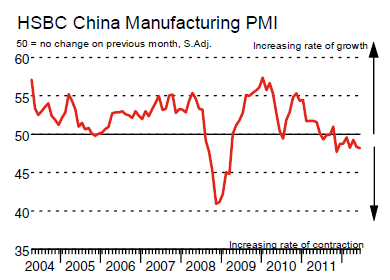 With the United States, China, and Europe leading the way, manufacturing is beginning to slow down everywhere around the world. The following shows JP Morgan's global manufacturing PMI moving heavily into contraction territory in June.

80% of the world is now contracting, seen the following graph. 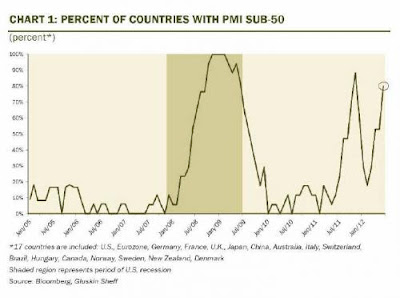 This is the butterfly effect in action now beginning to metamorphisize into the actual data. Those that could not see it coming are only now beginning to make investment preparations with today's data. As I have discussed in the past, this is the equivalent to driving down the road using the rear view mirror.

Spanish bond yields crossed back above 6.8% this week after the announcement of the most recent Eurozone bailout plan only a few days ago. The market has once again digested the bailout and come to the conclusion that it is not enough.

It is going to take shock and awe from central banks around the world to keep the artificial bond and equity prices floating in bubble territory. If they hesitate, then gravity will immediately return and you will see prices resume their plunge downward.

Liquid cash and precious metals remain king as we wait very patiently for the buying opportunity.