The officially starting point of the global financial crisis has always been somewhat of a debate. During my discussions I always mark the beginning as January 2007 when New Century, a leading subprime originator, released their quarterly earnings to show major losses on their portfolio. Some see it as the following month in February when two major Bearn Stearns hedge funds collapsed due to subprime exposure on their portfolios.

Others see it as the fateful week in August 2007 when the markets had a mini crash due to what we now know was major trouble in the world of Quants (documented brilliantly in Scott Patterson's book "The Quants"). It was during that week that BNP Paribas stopped withdrawals on three of their funds because they could not mark the value of the subprime funds they held.

I remember that week specifically because I was in Puerto Rico staying at the Ritz Carlton after winning a sales competition for a large home builder in Northern Virginia. This website did not even exist at the time (it began the following August of 2008) but I started sending out the original form of the site through a daily email updating a small group of people with my thoughts on the market. Back then I felt that something big was coming, but it took me almost 6 more months of study to understand what it was.

The following chart from Deutsche Bank shows the returns on different investment choices since that week in August (they feel the financial crisis began that week), marking the 5 year anniversary.

You can see that corn, gold, and silver hold the best returns by far (corn being a very recent addition to this group due to the recent drought) with oil coming in a distant fourth.  Click for larger view:

While I was fortunate 5 years ago to be personally investing 100% of my investment capital into precious metals (something that was considered so fringe at the time I was embarrassed to tell anyone other than personal friends I was doing it), the important question is what will this chart look like 5 years from today?

For this reason I believe that if someone were to invest their money today and could not touch it for another 5 years they should heavily weight their portfolio toward both commodities and natural resources.

I think the bull market will peak with some form of a mania due to a combination of a limited supply of resources (something the great Jeremy Grantham discussed in detail in his lasted newsletter) coinciding with an onslaught of new money printing around the world needed to fight off the rolling sovereign debt crisis.

I feel, just as I did 5 years ago, that precious metals will be the best performers in the commodity sector and that silver will shine even brighter than gold.

I believe that the worst performing sector over the next five years will be long dated government bonds of specific developed countries (United States, Japan, the UK, etc.) which are now in the final stage of a 30 year bull market (the mania/bubble stage).

While stocks are not cheap and not extremely over priced today, I feel that they will be about right where they are today in 5 years. I think they have one more large fall ahead and another rise up to bring us back to the point where they were at their peak in March of 2000. Secular bear markets in stocks last 17.6 years on average and usually end up right where they began to start the cycle.

Stay focused on the big picture, and I will continue to work hard to make sure that the next 5 years treats my readers as good as the last 5 have.

For more on the outlook for bonds see Long Term Government Bonds: The Largest Bubble & Mania In History. 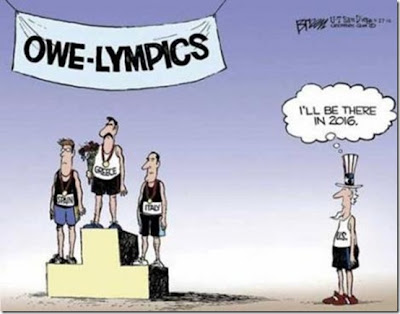