I've been picking on Apple all year so why stop now. America's darling stock, owned by every hedge fund, mutual fund, small investor, and even household pets on the planet has once again moved back into its parabolic trajectory beyond the Earth's atmosphere.

The following is a great chart from The Slope Of Hope website. See if you can spot the bubble: 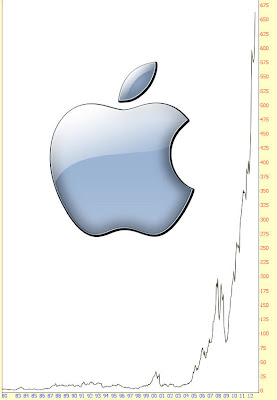 Earlier in the year I compared the chart to the NASDAQ's parabolic move (and collapse) from 1998 - 2002, and Google's move from 2004 - 2009. Today we'll line it up against one of the original mania's back in 1700's: the South Sea Bubble. With older charts we have the benefit of seeing the second half of the chart pattern (the collapse). With the Apple chart we'll have the pleasure of watching it occur in real time. Next stop Apple 1000? 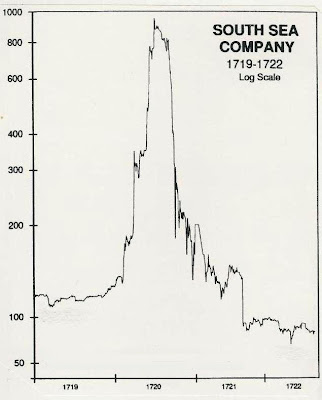