As The World Economic Data & Stock Markets Turn Down, US Stocks Rise

The global economy continues to slow, seen clearly in the consistently downward trending manufacturing numbers released month after month. The most recent data shows that while the US is still barely hanging on above 50 (the line determining growth vs. contraction), both China and the Euro zone (the other two pillars of the global economy) have moved significantly below the contraction line. 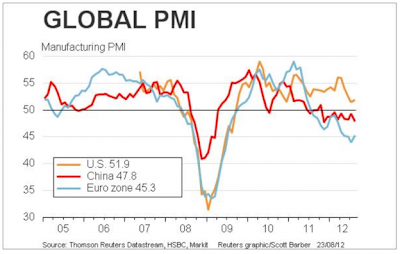 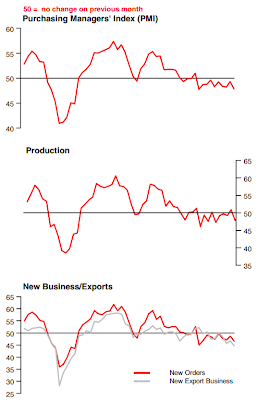 The inventory of finished goods in China (it is never a strong sign to have inventory piling up) continues to rocket higher as well. 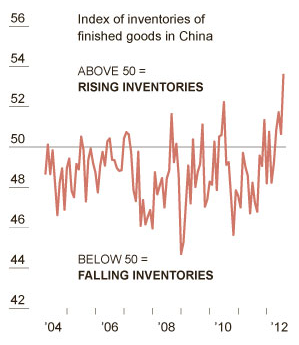 This has led to their stock market hitting multi-month lows. The Euro zone stocks, after experiencing a brief pop higher, have also continued their steady move downward. Most do not realize this in America as the US stock market has become the lone market continuing to defy gravity and move higher as the global economy continues to contract. The US stock market is signaling that the other markets around the world have the story incorrect, and the rest of the global economy and markets will soon take a u-turn and catch up to America's Goldilocks story.

Barron's confirmed this view this week by putting the "untouchable" US stock market and the investor's confidence behind it shrugging off anything that enters its path. 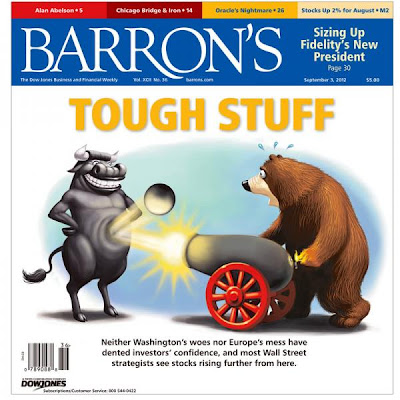 The VIX index, the fear index showing investor's concern toward the future, recently touched down at 13.32 which was the lowest level since June of 2007. Investors are as confident today as they were during the peak of the global boom.

However, the actual global economy itself continues to show something different. The following shows world GDP year over year continuing to move downward. 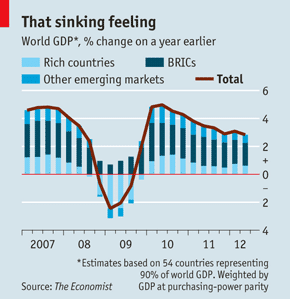