Some Charts That May Scare You

Happy Halloween! The market exchanges open back up in the United States today, which means buyers again have the ability to push US stocks and bonds further upward into over priced territory. I'll be providing some charts throughout the day for Halloween that could be quite scary for some. 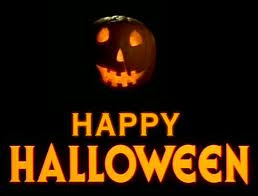 We'll begin with the change in revenue for the S&P 500's 10 largest companies from a year earlier. Stock valuations are ultimately based on price to earnings. Right now stock prices are rising and earnings are falling. This trend will continue until it stops, then reverse (with either share prices falling or earnings rising significantly). 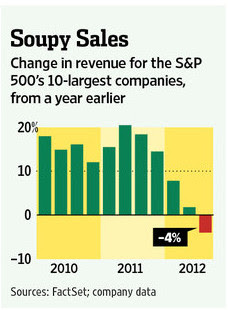 Another look at the long term S&P 500 price to earnings ratio. The market historically tops out in the low 20's (red line) and bottoms around 8 - 10 (green line). To say, based on valuations, that we are at the beginning of a long term secular bull market is a stretch based on the chart below.

The following chart shows the CPB world trade volume index heading into the red with the year over year percentage change. This has led to a recession in the recent past (grey line). 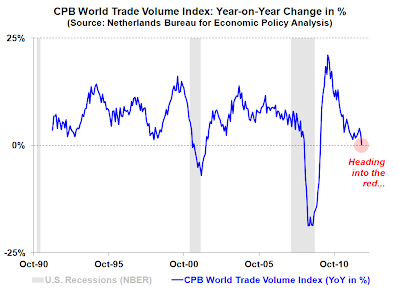 Think housing is scary in your neighborhood? Try taking a trip to Spain where the index has been in a steady downward decline since late 2006. The price drops over the past year have begun to accelerate downward. This is a nightmare for the loans held on the Spanish bank's balance sheets. The Spanish banks which continue to be backstopped by the Spanish government, which is backstopped by......? Hopefully someone soon. 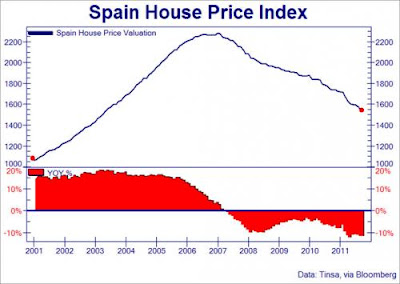 The following graphic shows the number of Google searches for "Euro Crisis" over the past few years. This is worrisome because you can see that people are losing interest in the subject and becoming more complacent, just as things are moving into the far more gruesome stage with the Spanish, Italian, and French bail outs around the corner. 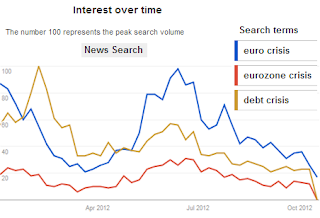 A nice look into the very scary realm of high frequency trading whose dominance in the daily movement of the market is only beginning to be understood by the general public. The following chart shows the high frequency traders at work during the inventory data releases for natural gas. Click for larger image: 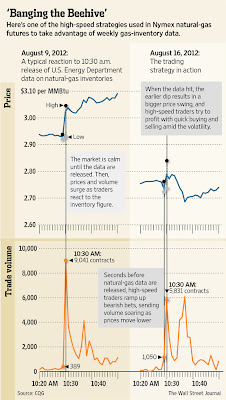 For those that invest through mutual funds (the primary fund type of the average 401k plan), the stair steps below take you through the scalping investors take as they buy and hold these funds. 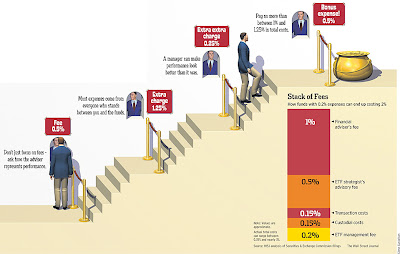 Next up we have the magical year of 1980 when some argue that we reached the point of peak prosperity in the United States. The country since that point has been stimulated first through deficit spending (1980's), then through Alan Greenspan's money printing at the Federal Reserve (1990's), and now through both combined (2000's). While we have had boosts in the economy through asset bubbles (stocks in 1990's and real estate in 2000's) under the surface the real economy is breaking down. The following four show this occurring. Click for larger image: 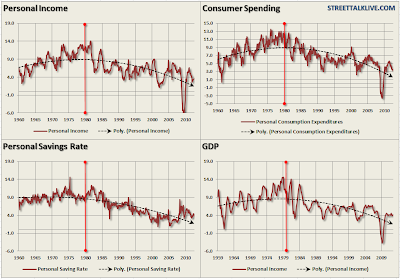 Want to see something real scary? Take a look at the monsters roaming through New York City and living in the suburbs of Connecticut  The following shows the number of regulator criminal referrals during the 2008 financial crisis compared to the S&L crisis in the early 1990's (the size of the S&L crisis was tiny in comparison). Regulators have completely looked away setting the stage for the next crisis where there is now no fear in breaking the law or hurting as many people as possible.