The Source Of Income Behind US Government Bonds: The Employed Tax Payer

Earlier today we looked at what it means to purchase a government bond - a bet on the tax payers ability to pay that money back in the future. Now we'll take a quick glimpse at the health of this income source within the the US.

After the miraculous jobless claims number last Thursday, this mornings report surged back up to the recent (and more realistic) data trend line. It rose by 46,000 unemployment filings on the week, bringing the total number back up to 388,000.

The unemployment situation, or the people (not) paying into the income stream of government bonds that investors are now betting on, continues to be mired in depression. The following shows the change we've seen under Obama's regime since he took office. Those that "pay" into the government as employees through taxes (-473,000) and those that "collect" from the government through disability and food stamps (+16,660,000). I'm sure there is some overlap as many that have applied for disability are also collecting food stamps. 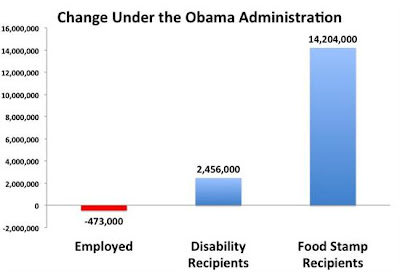 There has also been a recent surge in state and local government jobs (those that collect). The problem, as seen below, is that the balance sheets of the state and local governments (blue line = deficits) do not match the strength seen in the hiring (green line = employment change). This means that unless there is some unknown surge of income into these coffers, these recent hirings will soon turn into a mass of layoffs. 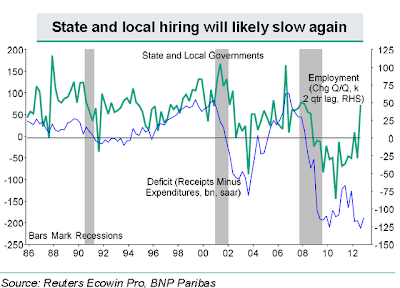 The point I'm trying to reinforce is that if you are betting your 401k money in a bond fund, you are betting on both federal + state & local government balance sheets. It is not a CD at the bank where you are storing your money safely. Remember that no government program provides real economic growth - it only takes from the total pie. 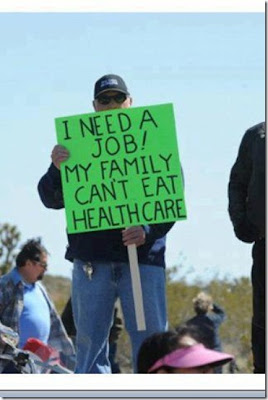 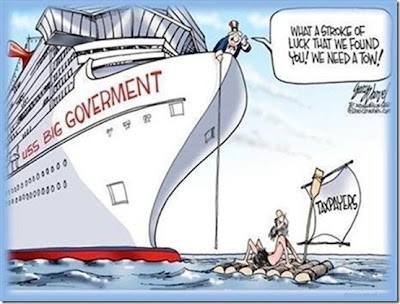