When You Reach The "Moment" & The Importance Of Patience

I read two articles this week that really stood out to me. The first was from an author who was talking about when he had his "moment." The moment when things clicked and he realized that things were not okay, or things were different than what he had been brought up to believe, was taught in school, etc.

For him it came when he was working as an intelligence officer over in Iraq in the early 2000's. He remembered understanding clearly that based on the available US intelligence that there was almost no possible way that Iraq had weapons of mass destruction. At the same time, he remembers President Bush giving speech after speech where he assured the American public that there were definitely weapons and they would be found at any cost.

This led him to begin doing some research on the government which led to how our money supply works. That of course opened another set of doors he did not even know existed. I know that many of the readers that come to visit this site have experienced this "moment." For some it may have occurred recently and for others it happened a long time ago. For some, I hope, it was triggered in some part due to the information presented here. 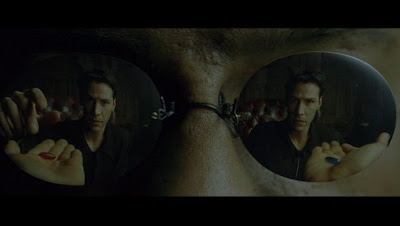 My moment occurred about a year after I left college and picked up a book called Rich Dad Poor Dad. The things I read in the book were unlike anything I had ever come across. It rocked my entire paradigm of the financial world.

The book led me to read every other book in the series soon after, which led me to purchase the company's paid video subscription they had on their site at the time for $10 per month. The first video I pulled up was a three part guest appearance from a man named Michael Maloney (summer of 2005).

He presented a slide show that went through the basics of monetary history, how the world was removed from a gold standard in 1971, how the money supply had exploded, how the US government was bankrupt, and the supply/demand dynamics for something called silver.

It was my "moment." I spent the next weeks reading relentlessly. I picked up Richard Duncan's "The Dollar Crisis," which was one of the few books released at the time about the coming problems for the global economy. I remember going to the bookstore and seeing the five full floor to ceiling sections of real estate investing books. I found one book out of the hundreds that discussed a potential problem the author saw coming in real estate. I was rocked again by what the author was describing. 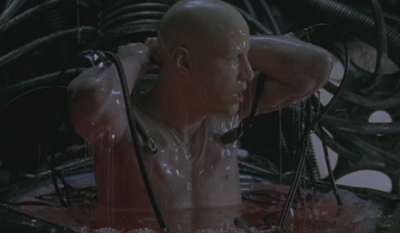 My "moment" has subconsciously set me on a path in my life that has brought both good and bad. The good was that it kept me away from purchasing a home when everyone around me was buying (and some younger people I know were already purchasing second "investment" properties). It also brought good in that I purchased my first ounce of silver for $7 in 2005 and I have not stopped buying since. It is hovering around $32 an ounce today.

The bad is the time it has taken for the ultimate endgame to unfold. The number one question I get from readers on this site is "when?" I have described in detail the coming disaster in Japan, but that is irrelevant for most if they do not have the "when." I have had to live with knowing and worrying about what is coming for a long time while I wait for it to arrive. When someone first collects enough information to achieve their "moment" it seems as if they are going to wake up the next morning and the world is going to end. Of course, that does not happen.

The second article I was discussing at the beginning comes from John Rubino, and I'd like to share a piece of it with you below. Why should his voice be heard? He was the author of the book I was just describing at the book store back in 2005. Rubino not only saw it coming but had the balls to write an entire book on how to profit from the real estate collapse (released in 2003). His words below help speak to those who had their "moment" long ago and are waiting and waiting for the world to re-align itself based on fundamentals. The emphasis added is mine:

So Why Bother Watching?

This story is at least a decade old, and it’s getting tiresome for all involved. For the majority who expect positive change from each election the disappointment must be exhausting, as each inevitable compromise moves their latest hero one step closer to impotence. For the small number of people who see the underlying truth, this show is even harder to watch because the obvious, inevitable ending just won’t come. The zombie that should have died for good after the 2000 tech stock crash keeps shambling along, wreaking havoc or boredom, depending on whether you’re in its path or watching from a safe distance.

The solution? Accept that time spent obsessing over a process with a predictable result but unpredictable schedule is time wasted. So just stop watching. Make the right – and by now obvious – financial and lifestyle choices and then tune out. Turn off the TV and stop reading the business and political sections of the paper. Use the resulting time to develop yourself and cultivate your community. You know what’s going to happen, more or less: A decade hence your gold will be worth a lot more and everything else quite a bit less. And you know your friends will suffer and need your help. So prepare for the things that you can predict.

Once the markets stop providing unlimited leverage and the system crashes for good, then tune back in and add your voice and your capital to the debate over what to build in its place.

While I enjoy seeing some of the people and friends I know that have had their "moment" due to some of the information here, I find myself some days jealous of those that have no idea about what kind of disaster is coming. Ignorance in many ways is truly bliss.