The Currency Wars continue and they are now picking up speed. Look for Japan, the European Union, and the UK to respond as the former powers of the global economy all try to devalue their paper currency against each other to provide an artificial short term stimulus to the economy. The biggest losers of this war will be almost everyone. The biggest winners will be the few that understood what was happening and began accumulating precious metals early. 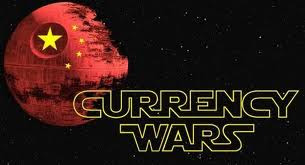