I was down in Atlanta working for most of the week and I have also been pretty sick the last few days so I apologize for the limited posts. While I made sure to keep up with the markets, I have not had the time to put my reading into words and pictures. Let's do that now with a stream of thoughts on some of the best graphs I came across during the week.

The first is a simple look at the result of the Fed's Operation Twist program. This fancy name essentially means that the Fed sells short term bonds on their balance sheet and buys long term bonds. The result is not an increase in the money supply, and its goal is to reduce longer term rates for market participants (this has worked).

The problem now, seen below, is that the Fed is running out of short term bonds (0 - 3.5 year terms) to sell. Many (including me) anticipate that the Fed will announce a larger QE program in January to keep the purchase of longer term bonds going. This means that instead of selling short term bonds to buy long term bonds, they will print money to purchase long term bonds. It will result in the current QE program (printing $40 billion per month to purchase mortgage bonds) to rise to $85 billion per month (an additional $45 billion will be printed per month to purchase longer term treasuries. 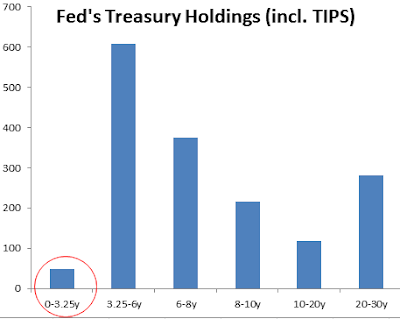 The following graph providing data from the US mint shows that US mint sales in gold went parabolic in the most recent month. Whether this trend continues is something to watch very closely. Dealers are reporting low inventory levels due to China's activity in the gold market. Good article on that topic here. 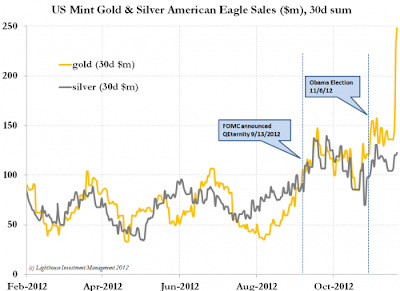 Does this mean that the average American has now become manic in the gold market? Let's put this recent buying into context. The following shows gold and jewelry demand in 2011 for countries around the world relative to their GDP (total size of their economy). You can see that India certainly leads the group running at 16%. China has recently risen to 4%. The US? A fraction of 1%. Does this chart represent a mania in the US for metals? I will let you decide. As the world continues the currency wars, look for these percentages to rise everywhere as the citizens see the paper levels of currency explode and the amount of physical gold available around the world stay level. 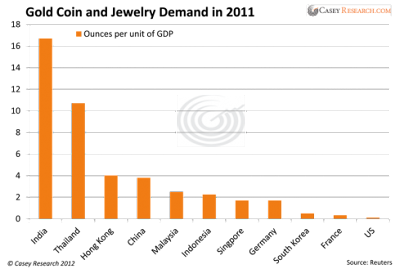 The following chart sums up the transition of the American economy over the last decade. Since 2001, food stamp enrollment is up 158%, medicaid enrollment is up 52%, and government employment has risen by 6%. The category of the country that pays for these luxuries, private employment, has fallen by 2%.

An easier way to sum up this transition is that there is now 1.25 people employed in the private sector for every 1 person that receives welfare assistance or works for the government. 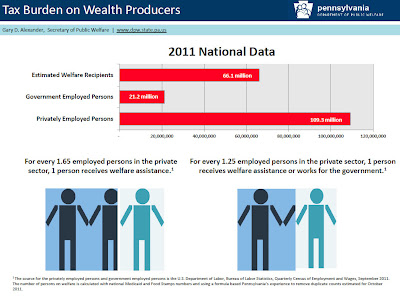 The increase in debt, the only source of growth during the current depression, was 45% over the past 4 years. This 45% increase has led to only a 7.1% increase in real growth.

The source of income that will be used to pay back this debt is household income. How much has income grown during this recent debt accumulation period? Since 2000 real median household income has fallen 8.1%. While we have seen temporary bubbles in stocks and real estate (plus the current bubble in bonds) that create temporary flashes of artificial wealth, the real measure of wealth is seen in employment income which continues to disappear.

Freddie Mac reported new record low mortgage rates this week with the 30 year mortgage at 3.32% and the 15 year mortgage at 2.64%. The 10 year treasury (considered the risk free rate) is at 1.64%. Treasury bonds and mortgage bonds are considered the same today by the market (the government is the mortgage market) so the spread between the two will most likely continue to contract (mortgage rates will continue to fall). Ultimately, both rates will skyrocket as the government debt bubble in America implodes. The debt bubble implosion will provide an excellent opportunity to purchase American real estate, stocks, and bonds (if you like to buy low and sell high). 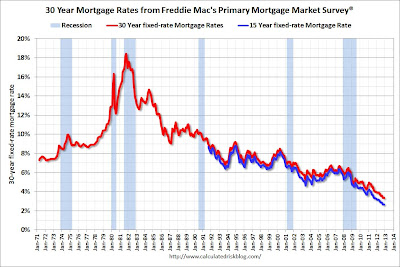 The restaurant performance index broke back into contraction territory this week. This is a good measure of the strength of the American consumer because restaurant meal purchases are discretionary expenditures. 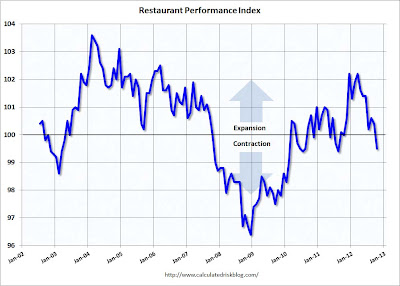 I'll leave you with the following image, which I think perfectly sums up the most recent election for a large part of those that belong to the older generation. 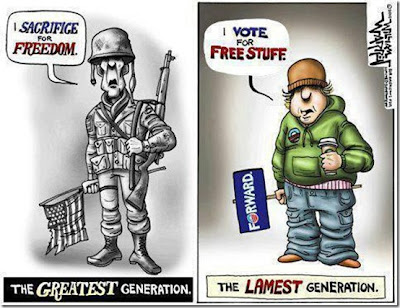