I was playing poker the other night and as happens often in No Limit Texas Holdem my entire stack was taken in a single hand. There was close to $1,200 in the post with just about half of the chips coming from me. I was holding a pair of 10's and my opponents had Ace-King and King-2. The final card to be turned was a King, and I lost the hand along with my stack.

Many people would look at this as a terrible situation (and it certainly felt like it at the time). However, I had all my money into the pot with 5 cards to go as a statistical favorite to win the hand. There were only 5 cards, the 3 remaining Aces and the 2 remaining Kings, in the deck that could have beaten me.

If I was offered to make this bet 100 times in a row, I would take it every single time. This thinking is common sense for someone who regularly plays poker but may seem strange to someone unfamiliar with the game or general statistical theory.

I find myself applying the logic used in poker to other aspects of my life. While I was driving home tonight I purposefully made a slightly illegal turn onto a one way street (the wrong way) and then immediately continued straight down another street. It is tough to explain this scenario in writing but there is no possible way someone can get hurt by me making this action, there is only the chance that a police officer catches me in the act.

That is exactly what happened. As I made the move a police officer was coming down the side street and caught me red handed. He pulled me over and proceeded to give me a ticket. 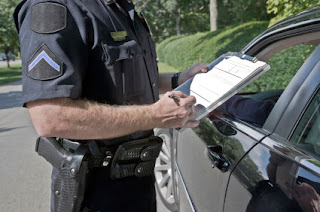 Here is why I tell this second sad story. The first thing I thought of was whether or not I will choose to make that same exact move the next time I am in the same situation. Most people would certainly never make the same move the next time they approached that turn due to the law of recency - when an event occurs recently it tends to have a greater impact on decision making in the near future.

However, my initial thoughts were a calculation on the time I save driving making the move vs. the likelihood that I will get caught making it and the cost I will incur when I get caught.

I've probably made this move close to 30 times and this was my first time getting caught. So right now we'll use 1 out of 30 as our number. Additional data would obviously help this (and any) extrapolation on odds.

What if the ticket cost me $75 (including the impact to my insurance). That means that making that move costs me $2.50 every time I do it. Is that worth it? Probably not.

What if the ticket cost me $30. It would cost me $1 every time I do it. Is that worth it? Maybe. It depends how much value I put on my time. I don't know the cost of the ticket price yet (it will come in the mail), so I only have the ability to speculate before it arrives.

Here's another example that's easier to understand. I have a friend that works for a big name tech company out in San Francisco. The owner of the company, one of the original Google employees who has already created another company and is worth millions, puts an emphasis on the value of time for his employees.

He forces his staff to run every possible minor task through a website called task rabbit. People at the site bid on your service (like a reverse eBay where the price to complete the task is bid down). For example, the cost to take your clothes to the dry cleaners could be bid down to $10. 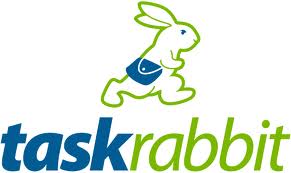 Let's say that he takes 4 hours per week to wash his car, clean his house, get his clothes dry cleaned, and take care of his yard. He puts a $480 price tag per week on these services by taking his own time to do them. What if he task rabbited these 4 tasks instead and spent those 4 hours working and adding value to the company? My guess is that he could task rabbit those items for close to $200 per week.

Ah you say, but this is only calculating his working hours, not his free time. Okay, let's say that he sleeps 8 hours per day. That means every hour he is awake, 7 days a week, is worth $43. How many tasks that take him an hour during the week can he task rabbit for less? I bet a lot.

This scenario shows that the more he uses task rabbit (pays other people) the more money he makes total at the end of the year while providing him more time to focus on other things like friends and family.

I spend a tremendous amount of time studying behavior psychology and statistical outcomes (through poker and the financial markets), so it has a way of blending into my "real" world. I wanted to provide my thoughts on some of these basic ideas to show you how they can be viewed through a different lens.