Which Government Bond Markets Are Heading Toward Cliff Fastest?

Excellent graph below showing the worst government debt to GDP offenders around the world since 2008.

What this means is that since the crisis broke out in 2008, which countries have added the most debt relative to the size of the economy in order to boost/juice/stimulate growth. 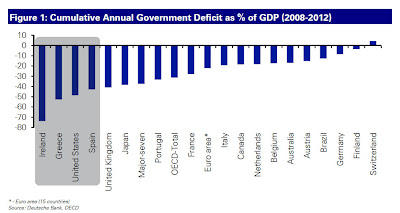 Soon the bond market will do the same for the US, Japan, and the UK. It is only a matter of which one happens first. My money is on Japan, but those holding precious metals care little about the order of collapse.