Why Buy Stocks? "There Is No Other Alternative For Income"

Imagine that you have inherited $1,000,000 from a relative who has unfortunately passed away. You are 65 years old, no longer working, and this money represents your entire retirement. What are you going to do?

You call a financial advisor and he tells you, "before you think about anything, before you pick up the remote to turn on the television, or before you even make your breakfast, you must find a return for that money. You need to get that money working for you. Today’s low growth and low interest rate environment has created only one option for you to get that return desired return: high dividend paying stocks. This morning I will safely put your portfolio in large cap, blue chip, safe stocks located in the DOW which has just crossed 15,000 and is rapidly approaching 16,000 and then of course, 20,000. Not only are dividends growing at 10% per year, the stocks themselves are appreciating even faster." 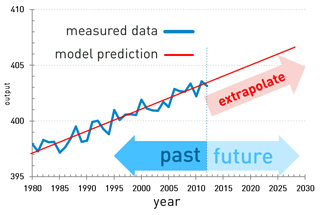 Before he hangs up to put in your order ticket he reminds you why are making this simple choice: “There is no other alternative to provide you a return on your money.”

With the understanding that there is no other alternative you decide to go ahead and get invested. The following morning you begin to collect a healthy 3% annual dividend return on your money. This works out to be $30,000 per year or about $24,000 after taxes giving you $2,000 per month.

Let's see how this outcome would play out in a "hypothetical black swan world" that could obviously never occur under either President Obama or Benjamin Bernanke's watchful eye.

That is a 33% reduction in your total retirement. You now have $667,000 in retirement savings. How long will it take you to recoup that loss with your 3% annual return? 11 years.

There’s probably a reason why stocks fell 33%. It is most likely because the economy has slowed significantly, corporate profits are sinking, and companies are looking out at a different horizon than they were during the beautiful spring of 2013.

As humans we are forward looking and tend to believe the future will be a projection of the current trend line we are on (which is why everyone is fooled at major turns), so perhaps management gets a little nervous and feels the company needs to raise more cash. What is an option to bring more cash into the company? 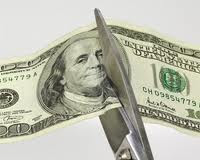 This would be very difficult for anyone to live on in today’s world, but what if something else changed during the spring of 2015? Another "impossible in today's modern world black swan" occurred.

What if some of the trillions in printed money that the Fed has been pumping into the banking system every year since 2008 began to filter into consumer prices? What if inflation actually rose?

You have most likely heard that it is impossible for inflation to rise during a period of economic weakness. You only need to go back to the 1970’s in the United States to see this is not correct, or look through countless examples around the world over the last century. The term is called stagflation; high inflation and low growth. I assure you that not only is it possible, after what I believe will be a short term period of deflation ahead, you will see just this.

What if you had the opportunity to go back to May 2013 after you inherited that $1,000,000 and make another decision? Let’s say that instead of doing what your financial advisor said was the “only option for your money” you decided to put the money into safe cash. What does safe cash earn?

Fast forward to the spring of 2015. Your sibling, who also collected $1,000,000 and invested it in stocks because it was the only option to receive a return, now has $60,000 collected in dividend payments over those two years.

Your total dividend payment is $0.0. Not only that but you had to eat into the $1,000,000 in order to stay alive over these two years. Let’s see how everyone stacks up at this point:

Dividend rates are now cut to 1.5% and you decide to invest the money into the stock market.

You now receive $14,100 in annual income (before taxes). Your sibling still receives $900 more per year. The only difference? You have $237,000 in additional stock. It will take a 50% rise in stocks in order for your sibling to get back to even.

For everyone that tells you that “there is no other option” I hope I just provided an example of one and why that option could be better. If we are at the start of a new bull market and dividends continue to rise over the next decade this option will certainly be the wrong one.

I am in the minority today that a scenario such as the one above is even a possibility. Barron’s Big Money poll recently showed that 94% of money managers are bullish on the stock market over the next five years. 86% are bullish over the next 12 months. These percentages dwarf any bullish reading over the past 20 years, just as stocks are touching new all-time highs. 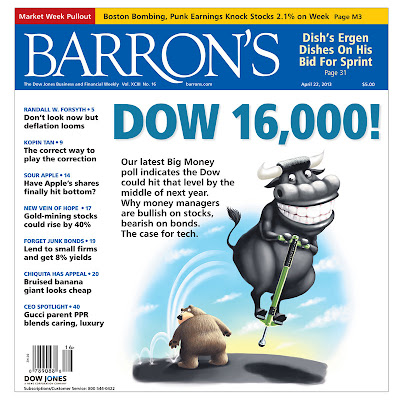 Even those that are not bullish on stocks will recommend you put the money into longer dated bonds to try and lock in a return, an investment that may carry just as much danger or more in principle losses in the years ahead

I am certainly not recommending an investment strategy, only providing a thought experiment against the most common phrase used today to push individuals into stocks: "there is no other alternative."