McDonald's recently took the time to come out with a budget plan for its workers across the country. It shows a standard balance sheet for a typical employee and how they can budget their funds in order to survive every month. 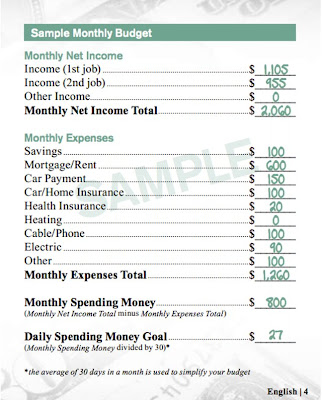 In order to make the income in job 1, you would need to be making about $8 an hour working full time at McDonald's. This is probably a typical wage for a standard worker at the restaurant.

The first thing you'll probably notice is that McDonald's first strategy for success is to immediately get a second job on top of your 40 hour position. This tells you that it is impossible for an American to live off of a close to minimum wage full time position.

The second job would be in the range of 35 hours per week if they were making the same $8 an hour. Perhaps they can leave their McDonald's job in the afternoon and work at the mall at night.

The expenses are just as ridiculous, which is discussed in the video below.

This should clearly show why most of the unemployed youth in America will do everything in their power to get and stay on welfare instead of trying to work two full time jobs to survive. It is very easy to accumulate the same monthly funds though disability payments (which can be received now by telling a doctor your back hurts - something that is impossible to diagnose), combined with housing, medical, and food stamps. See:

The New America: It Is Better Financially To Collect Disability Than Take A Job

This should also show the danger of the Federal Reserve's monetary policy because if some of the trillions of dollars being created every year should be diverted away from the stock market and bond market, where they are all being funneled today, then a simple cost of living adjustment wipes out the survival of those now working two jobs to survive.

A simple solution to this problem would appear to be forcing the "greedy" corporations to raise the minimum wage. For more on why this is the worst strategy to pursue see:

For a real life recent example of this discussion taking place see: