The recovery of the American economy has been stamped as a success due to the American stock market not only passing through all-time record highs, but now surging daily into the stratosphere toward DOW 20,000 and beyond. This number is now being talked about as a very realistic target in the near term for the markets.

The American stock market has left all other assets in the dust as they grapple with the real world slow down in the global economy. 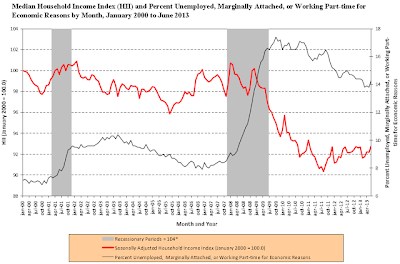 Corporations have learned to operate in a new normal environment with less employee compensation costs resulting in record high and unsustainable corporate profits relative to GDP. 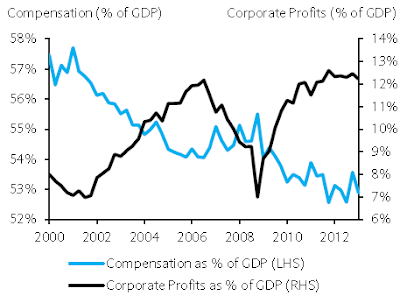 The race is now on between which will continue to reach new monthly highs; the size of the Fed's balance sheet, the DOW, and the total amount of Americans on food stamps every month. 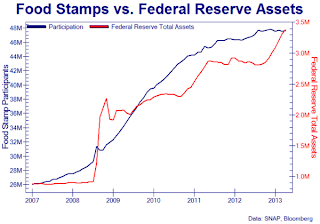 Polled Americans have reached a new record low confidence rating for Congress (dating back to 1973) despite record high stock prices: