The Gallup unemployment poll is showing something very troubling over the last 20 days. The unemployment rate has risen from 7.9% to 8.9% in a very short period of time. The trend has been a steady rise, day by day, during their polling.

MISH over at the Global Economic Analysis website did some excellent research on the August data over the past three years showing that this is not a recurring seasonal issue. This data is an anomaly in the set. Should this translate into a much larger than expected jump in unemployment when the government announces the BLS report on the first Friday of September it would open all sorts of questions around the Fed's anticipated tapering.

The Fed's initial "hints" at tapering were due to froth in higher yielding markets as well as the reduction of available securities to purchase because of the lower than expected U.S. annual deficit this year. However, the main reason they have given the markets for the tapering is the improvement in employment. The jobs number released in a few weeks will be one of the most important in a long time. Get your popcorn ready. 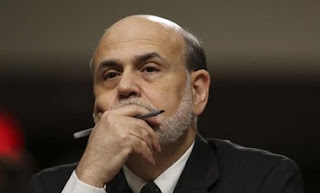