America Re-Leverages: The Benefactors & How This Story Ends

The re-leveraging of America has not helped all sectors of the economy equally. A large amount of the new money created since 2008 has made its way into financial assets. This has brought the stock market to new all time record highs, brought the bond market (until recently) to new record highs and halted the decline in real estate prices as speculative capital is now flooding the sector. Higher asset prices help the ultra rich who control the vast majority of stocks, bonds, and real estate in America.

The hope is that they will go out and spend with confidence, now backed by their juiced up portfolios, and create a what is known as the trickle down effect for the rest of the economy. They have certainly been spending as there are once again bidding wars for super high end mansions, expensive art, rare cars, and other valuables.  A 1967 Ferrari convertible just recently sold for $27.5 million. The grey line on the chart below shows that classic car prices have pulled away from the others on the valuables index as the new "must have" toy for the ultra rich. 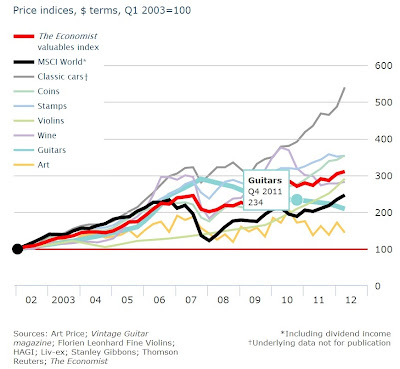 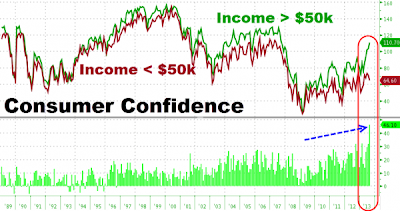 Most of the jobs in the re-leveraging recovery have come in the form of waitress, bartender, low pay, or part time positions. 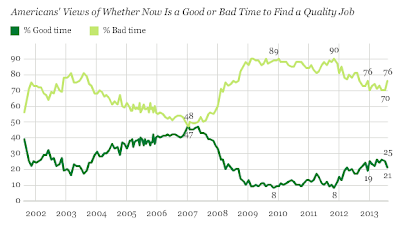 Income levels for those that have been fortunate enough to find work are not keeping pace with the cost of living. Utility bills, medical costs, gasoline, and food costs are rising, which is taking away disposable income for the middle class. The following chart shows the decline in median household income since the current depression began in December of 2007. 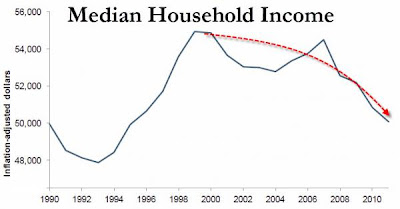 46% of Americans own no stock investments and 40% of Americans do not own a home. They feel no benefit from Bernanke's asset price stimulation, only a rising cost of living. Students graduating from college are smothered with the burden of student loan repayments, which reduces their ability to save or invest, as well as their entrepreneurial spirit. 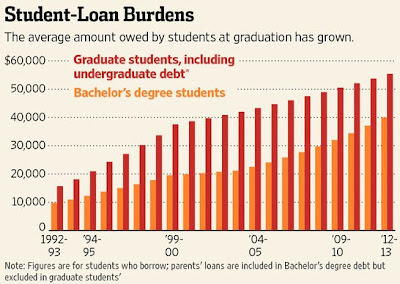 Savings are not only a problem for the young, as a recent poll showed that the median savings for a household between the ages of 55 and 64 is $12,000. See $12,000 For Retirement - How Many Months Can You Live? 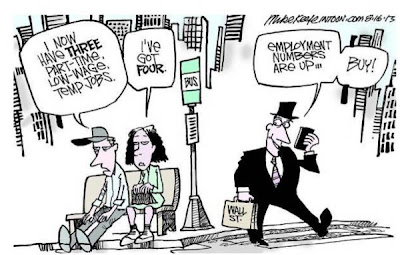 While the middle class worker is running in quicksand, corporations are seeing their profits surge to new all time record highs. During the re-leveraging of America, corporations slashed their biggest cost (employees) and they have done everything possible to keep that cost off their balance sheet. 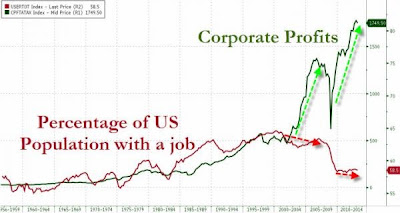 Productivity, which measures the goods and services generated per hour, continues to improve while compensation has flat lined over the past 3 decades. This is due to the continued improvements in technology and the ability to save costs by outsourcing jobs overseas.

Can the economy continue to grow based on financial asset price appreciation benefiting exclusively the ultra wealthy while the middle class of the country continues to be hollowed out and withers away?

Of course not. This process will continue until the artificial mirage created by central banks around the world dissipates. It will end when central banks lose control of interest rates, currency values, or both; something that markets incorrectly believe they have control over. This is the next black swan event waiting for the markets, and the world experienced the first preview of this event in June of this year as both stocks and bonds sold off together around the world. 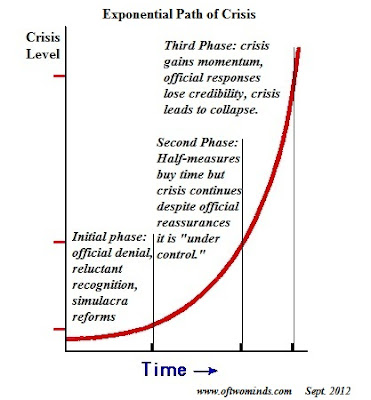 Ultimately, a debt crisis cannot be solved by more debt and printed money; it can only be postponed. The delay will ultimately create a much bigger crisis than what we would have experienced in 2008 if we allowed the system to cleanse. John Mauldin had an excellent quote a few weeks ago when he said that "the central banks desire to keep instability out of the markets is creating instability." The reckoning day will be devastating for those that are unprepared, while it will be a wonderful period of investment opportunity for those that understand it is coming.