Canada's Housing Bubble Creates Deja Vu For Those Looking In

The global economy and financial system is a living, breathing, and constantly changing organism. Therefore it is very important to pay attention not only to what is happening within your borders, but what is taking place around the world.

I've often discussed the butterfly effect, where a butterfly flapping its wings in Hong Kong can trigger an earthquake in San Francisco. Sometimes the butterfly can emerge from the most unexpected of locations, which is why you must focus most on areas where others are not even paying attention.

One of those areas is Canada, which has survived the global financial crisis relatively unscathed. This has been due in large part to their consumers continuing to finance their lifestyles through borrowing even after the U.S. consumer reached its peak in 2008.

The household debt to GDP in Canada has now risen to over 95%. 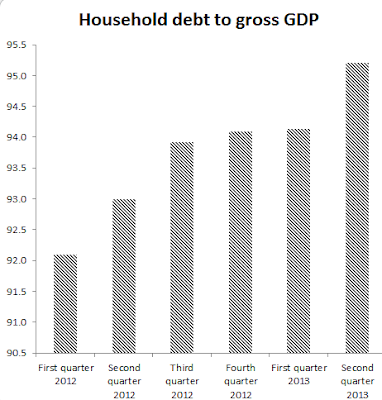 To put this short term rise in perspective, we can lay it out against the U.S. household debt to GDP rise (then fall) over the last 23 years. You can see that the Canadian household balance sheets are now as worrisome as they were in the U.S. at the peak in 2008. 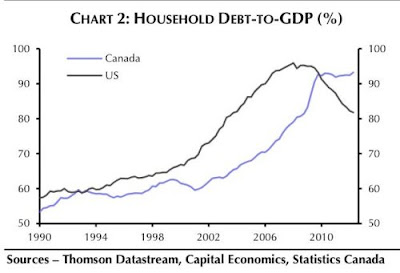 The reason why their household debt to GDP has not fallen in line with the U.S. is that their housing bubble never burst. Where as U.S. home prices peaked and rolled over in 2006, Canadian real estate prices have tracked steadily higher.

As was the case in the United States, the financial analysts in Canada see no reason to be concerned with these sky high real estate prices. Rising prices by themselves do not constitute a bubble, you must weigh them against other metrics.

The Economist published an article last week which included an interactive chart showing that the Canadian home price to rent ratio is now the second highest in the world (just behind Hong Kong). That is staggering considering the extremely frothy levels of real estate prices in many Asian countries, Australia, and even the U.K.

Similar to the United States, Canada has seen their 10 year government bond yield fall in a smooth downward trend since 2000. The fall in government debt yields, just as in the United States, have brought down real estate mortgage yields. You can see in the chart below that when the Fed uttered the "taper" words during May of this year, Canada's 10 year government bonds bottomed and have turned significantly higher.

On a fundamental basis, the government's balance sheet in Canada is healthier than the United States at just 84.6% debt to GDP (the U.S. is now over 101%), but comparing your government spending to the United States is like comparing your children's grades to a D student. Spain entered their debt crisis in 2011 at a lower debt to GDP ratio than Canada's today. Canada also faces similar unfunded liability problems seen in the U.S.

A fall in real estate prices in Canada (triggered by rising mortgage rates) would cause major damage to the balance sheets of their households, which would then slow their borrowing. As a large part of their GDP and job growth is tied to the real estate sector, a downturn would create echo of what occurred in the U.S. in the last decade.

On paper, is Canada the most concerning economic story around the world? Not by a long shot. Japan's current situation makes Canada look like economic bliss. However, if an economy has the perfect set up for a fire, you need to be very aware that a match can be lit at any moment. 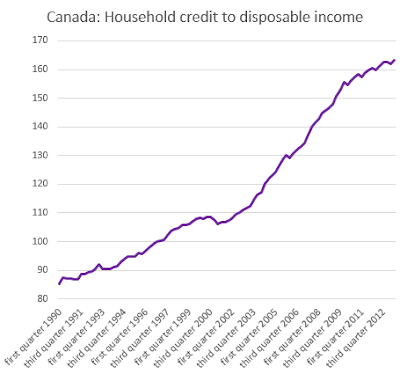