The Rolling Bubbles Of America: Has The Roller Coaster Peaked Again?

The following chart of the S&P 500 provides a perfect summary of the United States economy over the last 15 years. The two previous highs were brought on due to asset market bubbles where the Federal Reserve dumped gasoline on the fire at every possible moment to keep the party going.

After each bubble collapsed, first in technology stocks and then in real estate, the markets and the economy collapsed as well. 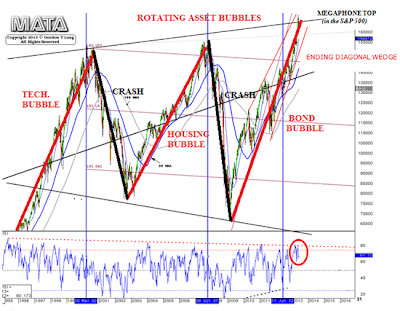 Today we are at the peak of a 30 year bull market in bonds which have formed a rolling top around the world over the last 12 months. The ten year treasury bottomed at 1.38% in July 2012 and is close to touching 3% as of today's writing (bond prices fall as yields rise). Junk bonds did not see yields bottom (peak in price) until May of 2013. 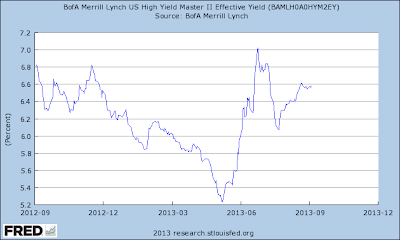 If the most recent bubble has finally burst, what does it mean for both the stock market and the general economy? Since the most recent artificial rally was built almost exclusively off the benefits of easy money and low interest rates, it means something very troubling is approaching.