China Is Shifting Their Growth Strategy

The economic landscape of the world leading up to 2008 followed a very simple process: The United States ran a very large current account deficit with the rest of the world, specifically OPEC and Asia countries. In exchange for paper I.O.U.'s, the world worked very hard to produce oil and manufactured goods to send to the United States. 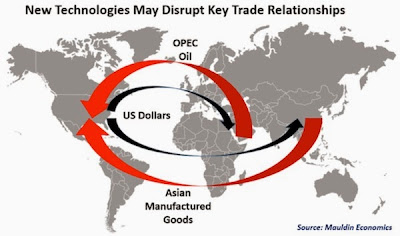 This process was thrown into chaos during the 2008 financial crisis when U.S. consumers hit a wall with their ability to borrow and spend. The U.S. current account deficit is 58% lower than its peak in 2007. 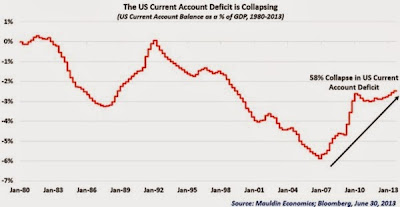 While the United States has been the most obvious benefactor of this economic relationship (Americans send worthless I.O.U.'s in exchange for goods that other countries work hard to produce), countries such as China have also achieved their desired goal: growth. 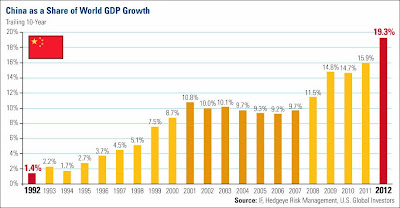 The 2008 crisis shook up the world and allowed many countries to see that their existing growth model was inherently unsustainable. Over the past five years China has begun the process of shifting its dependence off the United States. They are not making any violent or panicky moves that would disrupt their current growth, and by taking actions in a slow and methodical manner it has allowed the process to go almost completely unnoticed.

China has begun to set up currency exchange relationships with numerous trading partners around the world that will eventually allow them to bypass the use of the U.S. dollar. The following shows the dollar value of daily currency use. China has moved from non-existence in 2001 to number 9 on the list today. 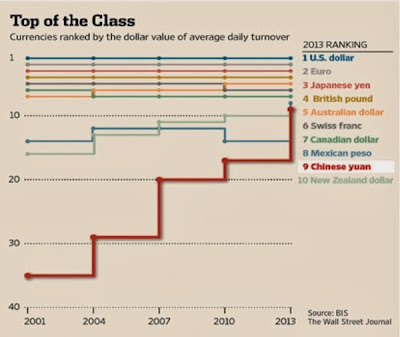 They have begun to accumulate gold, heavily. The last time China updated their gold holdings was in 2009 when they reported having just over 1,000 tonnes (this number shook up the gold community at the time because investors were shocked at how rapidly China was accumulating). Based on import data that can be pieced together from various sources it is estimated that their reserves have grown by 200% to 300% if not more since 2009. 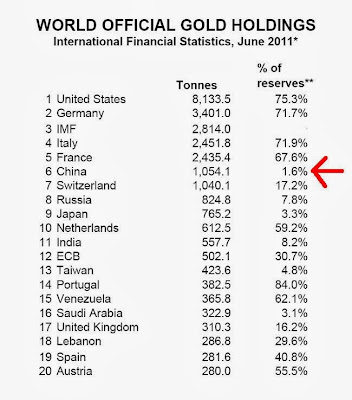 China keeps this information very secret for good reason; if the rest of the world knew how much gold China was accumulating, traders would front run their purchases. This would drive the price of gold higher making it more expensive for China to buy.

It is the opposite of what has occurred with U.S. treasuries. A large part of the move lower in treasuries over the past five years has not been due to the actual buying from the Federal Reserve, but other investors front running their purchases and selling the treasuries to the Fed at higher prices.

The chart below shows China's gold imports from Hong Kong. Net of exports, China has imported 741 tonnes in 2013 and may finish this year alone importing over 1,000 tonnes. 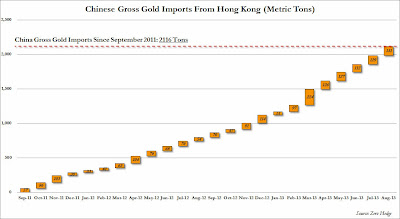 China is focused on making their growth strategy more consumer based. This is great news for the people in China who will now be able to consume the goods that they produce instead of shipping them abroad for an I.O.U. which will never be redeemable for any sort of value. 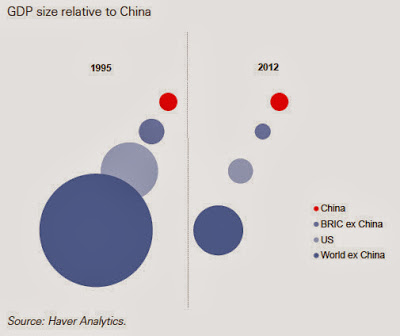 A strategy that has not been approached by Chinese leadership (yet) would be to provide some form of a social safety net under their work force. The people in China work hard to save money because they know they will need that money should times get tough. One of the reasons the United States people have been so willing to spend all their money (and then borrow more) today in exchange for the ability to spend in the future is that they believe if anything goes wrong the government will always be there with a safety net.

Another strategy to boost consumer demand would be to allow their currency to strengthen. China recycles U.S. dollars to artificially hold their currency lower, which boosts exports. Many continue to believe that it is China that is providing the safety net under U.S. treasury prices. China's treasury holdings peaked at about $1.3 trillion in early 2011 and have tracked sideways since. The buyer that has taken their place is the Federal Reserve, which has provided China time to put their plans to work. 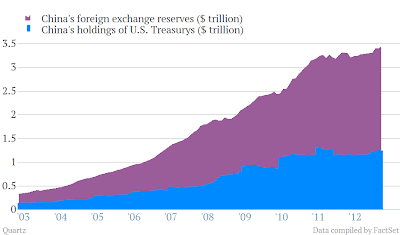 As discussed above this process will continue at a very slow pace and will go unnoticed by people who still live under the paradigm that existed before 2008. While China faces incredibly tough challenges in the years ahead and will face a very bumpy road (as the U.S. did in the early part of the last century), those with a long term view will benefit greatly from the understanding of how tectonic plates are shifting today.