2014 Outlook: The Greatest Illusion The World Has Ever Seen

We enter the year 2014 at a critical and fascinating juncture of history. The world that surrounds us has been masked by an illusion so powerful that it is now fully entrenched into almost every aspect of our lives.

Moving through my days feels like I am standing on a street corner and watching the great illusionist David Blaine perform his famous street magic. When an illusionist first approaches a street audience and asks them if they would like to see magic, the audience is immediately skeptical that what is coming is some sort of trick to be solved.

Over time, depending on the power and skill of the illusionist, many in the audience begin to believe that what they are watching is in fact not a trick, but real magic. This is part of what makes tricks so fun to watch because you view the audience move from the initial point of skepticism, to shock, and then to belief. 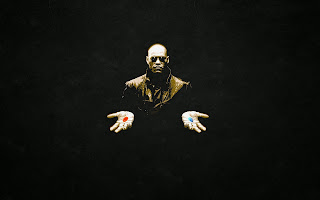 U.S. history now officially writes that we exited the financial crisis in March of 2009. It was then that the leaders of the United States released a three part magic trick that would instantaneously remove decades of toxic debt and mal-investment that had built up within the financial system. The magic act went as follows:

1. The mark to market accounting system was removed. This allowed banks to mark non-performing assets on their books at full value until those assets were sold.

These types of programs were put in place simultaneously by most major governments around the world during late 2008 and early 2009. Those countries that were not suffering a financial crisis but suffering from the global economic slowdown, like China, put policy 2 into overdrive.

Like David Blaine approaching them on the street, almost everyone immediately understood that these magic acts were not true magic but some sort of trick being placed in front of them. The people of the world using common sense alone understood that you could not instantaneously "fix" a balance sheet by moving toxic assets into a locked room where no one can see them. You could not solve an easy money and debt crisis with far more easy money and debt. 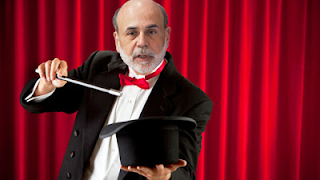 Skepticism was high as the magicians began their street performance. People (other than me) even wrote back then about how these "illusions" would only make the problems far worse at some point in the future.

Then over time due to the power of the illusion, skepticism turned to shock and after five years running it has turned to belief. People at every level of society, from the blue collar worker to the CEO's of major companies now believe that what took place over the last five years is real magic.

People believe that running $1 trillion deficits and printing over $1 trillion per year in currency will make a country fundamentally stronger and wealthier. Over the past three years people have written books that are purchased and taken seriously by academics which outline the reason we are not wealthier and more prosperous as a world is because we have not borrowed and printed more money.

The psychology of the human mind is more fascinating to me than I can describe with words.

When you are five years deep into an artificial asset price reflation, similar to what occurred after 5 years of reflation into 2007, almost everyone abandons their rational understanding of what is actually taking place. There are numerous reasons for this incredible human psychological trait.

One reason is that the human mind looks for reasons to justify what it sees around it. It is a constant justification machine. This is why news headlines begin by saying "the stock market rose today due to higher month over month consumer sales." Or, "the stock market fell today due to lower than expected consumer sales." The consumer sales number released that day could be the exact same number in both cases, but the headline is written to justify why the market moved in that direction on that day. This comforts readers to take in information this way. It is why writing from a point of view where you are always looking forward, which is what I try to focus on here on this site, is less naturally enjoyable to the human mind.

Many people can look around and feel that there is a serious disconnect between what is happening to the broader economy (the 99%) and what is taking place in the financial markets (the 1%). Eventually the natural human tendency wears on them and they are forced psychologically to find reasons to justify why the stock market is rising every day. Five years into an artificial asset price reflation people are psychologically exhausted. Websites such as this one no longer "make sense."

We have reached the stage in the reflationary cycle when those that acted the most irrational in late 2007 with investor's money are not only recommending that people dive full force into stocks and high yielding junk bonds, but they are even taunting those that recommend safety. 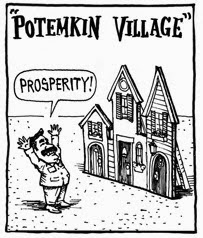 Someday we will look back in awe at the artificial Potemkin Village we live in today. But before that point, there will be a period of chaos and opportunity. I never imagined the world could return to this place so quickly. The opportunity for those that can maintain composure has never been greater.

While I’m not sure exactly how the next chapter will play out, I am 100% confident that printing money and adding non-productive debt does not generate wealth. It is a trick, not magic. As Jim Grant recently said, “the Fed can change how things look, but not how they are.”

That simple sentence sums up the entire outlook you are about to review. While we will move through the details of what is taking place in debt, equity and real estate markets around the world, the most important concept to understand is that the financial markets today are a mirage of the real economy underneath it.

Up Next: 2014 Outlook: The Danger & Opportunity The Illusion Creates