2014 Outlook: Rogue Wave 1: Japan Is A Powder Keg Searching For A Match

"More than any other time in history, mankind faces crossroads. One path leads to despair and utter hopelessness. The other, to total extinction. Let us pray we have the wisdom to choose correctly."

As we begin to move around the world and look for danger beyond the complacency and over pricing of asset prices, the first stop has to be Japan. Unfortunately, for this once mighty economy, the quote above sums up what their choices will feel like over the remainder of this decade.

I believe Japan will be the first major Lehman-like moment in next stage of the sovereign debt crisis. People that do not follow the financial markets will turn on the news to find out that what is taking place is serious. 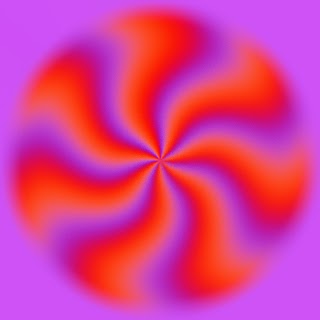 Japan is implementing the Illusion on a far grander scale than any other country in the world. We are in the early stages of a global currency war and Japan fired the first shot in late 2012, continued the assault through 2013 (and promised to continue firing years into the future). All the other major countries, which are focused on devaluing their own currency to boost exports and lower the burden of smothering debt payments, will have to "react" to Japan as we move forward.

It is important to understand that when we talk about a sovereign debt crisis in Greece and a debt/currency crisis in Japan, it is not the same. Greece is a tiny spec of dust within the global economy. Japan is the third largest economy in the world. It has banks similar in size to the United States and it holds two of the six largest corporations in the world (and 71 of the largest 500). To compare debt problems with Japan and Greece would be like comparing the debt problems of Lehman Brothers with Toll Brothers. 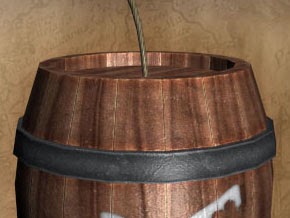 Japan on paper is a powder keg waiting for a match. John Mauldin, author of the book Code Red, refers to Japan as a bug in search of a windshield. Their debt to GDP ratio has risen from 67 percent in 1990 (when their asset bubble burst), to a mind boggling 245% (and rising fast) today. Greece was at 130% debt to GDP when it imploded. No country has ever come close to where Japan's debt to GDP stands today without triggering a major currency crisis or debt default.

In late 2012, Prime Minister Abe told the Bank of Japan (their central bank) that they had a new mandatory inflation target of 2 percent. Haruhiko Kuroda was nominated as the leader of this bold new assignment.

Kuroda's first step was to begin a quantitative easing program that was the same size as the one the United States was running. The difference? The Japanese economy is one third the size of the United States. It would be the equivalent of the Federal Reserve tripling the size of the current QE program in the U.S. The Bank of Japan is not only purchasing government bonds and mortgages like the Fed, but private sector assets as well. They are buying everything in  sight with printed dollars. 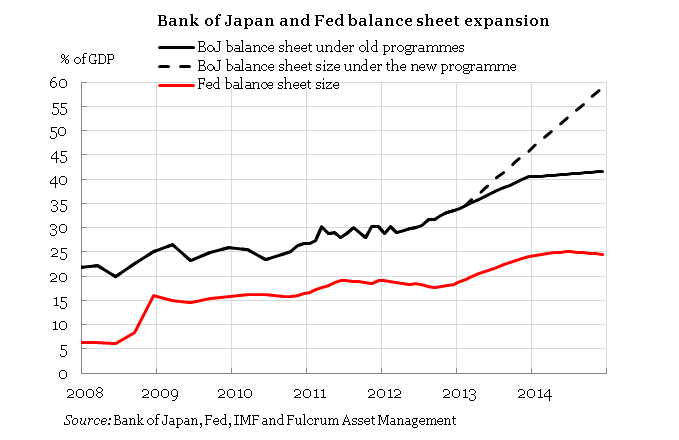 The goal of a money printing program of this size is simple - they wish to put a cap on interest rates while severely devaluing their currency against others around the world. This raises the cost of imports such as energy and food, which (they hope) will raise inflation to the magical 2 percent level. Then (they hope) inflation will just magically stop at the 2 percent level. More on that in a moment.

Beginning in late 2012 and moving into early 2013, the yen fell 35 percent against the dollar. It has hovered just over 100 on the index throughout most of 2013. You can see the moment in late 2012 when the "Abenomics" Illusion began: 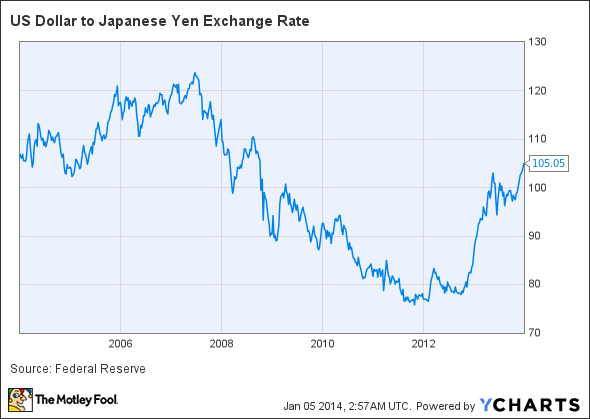 Many forecasters believe that the yen has the ability to fall to 250 or well beyond if the market begins to panic. Does this sound impossible? The yen traded at over 350 yen to the dollar just four decades ago.

Every drop of 1 yen against the dollar translates into $2.7 billion additional profits for Japan's largest exporters. Countries that compete for those exports such as Korea, Hong Kong and Taiwan are seeing their sales plunge due to the recent yen decline. Germany, which experienced a rising euro through most of 2013, is losing market share to Japan around the world. 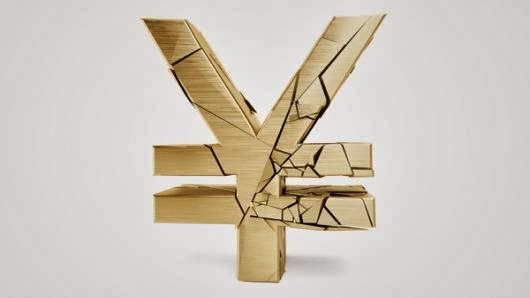 It seems like a good plan doesn't it? Japan has little regard for how fall their currency falls in the open market and plans to continue Abenomics indefinitely. The program mirrors the Fed's QE-ternity program.

What are the problems?

The first is that other countries will eventually respond. As the pain continues to mount for exporters around the world, there will be calls for currency weakening within those countries in order to stay competitive. Currencies are only pegged against each other; so any decline in price from the euro, dollar or British pound is a rise in the Japanese yen. The market's reaction will be important to watch in 2014. 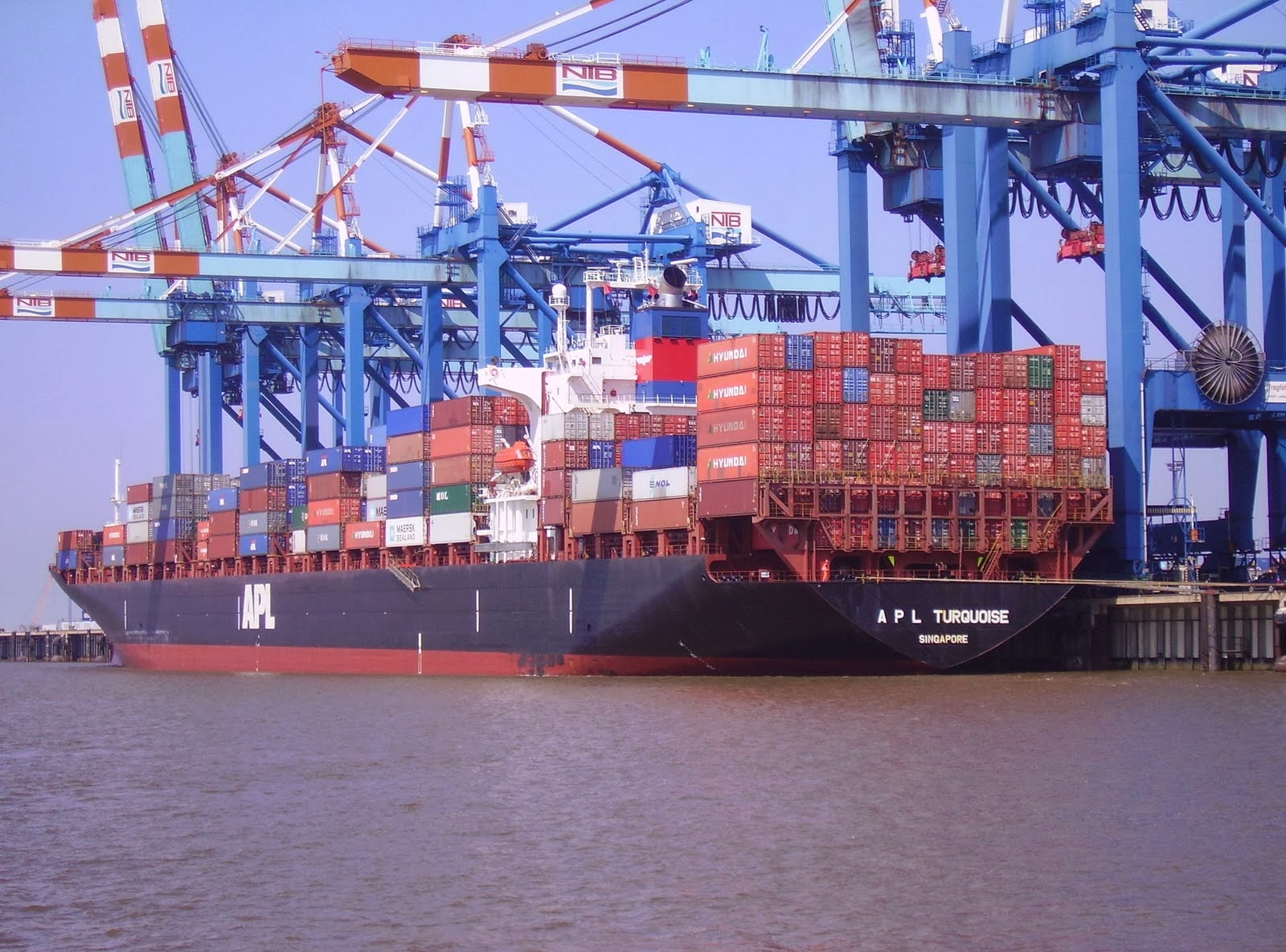 The second and more important problem is what happens if the steady fall in the Japanese yen turn into panic selling. I think this is the most likely scenario. The currency will enter trouble first and the bond market will then begin to crack.

To sum it up, if Japan succeeds in moving inflation to 2 percent then investors will request a 2 percent return on government bonds just to keep pace with inflation. If the yield on government debt rises to 2.2 percent, 80 percent of the tax receipts collected will be used just to cover interest expenses on the debt. Game over. This is the paradox waiting for Japan which the markets have not yet figured out. When they do, it will be a rush to the exits. 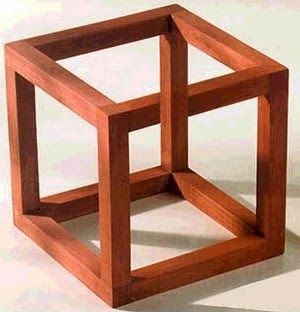 In addition to bond sales, there will be the issue of inflation within Japan. Both the consumer and the economy are already struggling. If they move forward with raising taxes while inflation is rising, it will severely cut off domestic consumption and growth. The nightmare waiting for Japan's citizens will be horrific.

Japan's population declined by a record 244,000 in 2013. The previous record was a decline of 219,000 in 2012. It has continually declined since 2007 (deaths minus births). Its citizens are aging rapidly. Most of the Japanese government debt is held by savers within the country. As the country continues to age and retire, these citizens will begin selling these bonds into the market to cover living expenses. 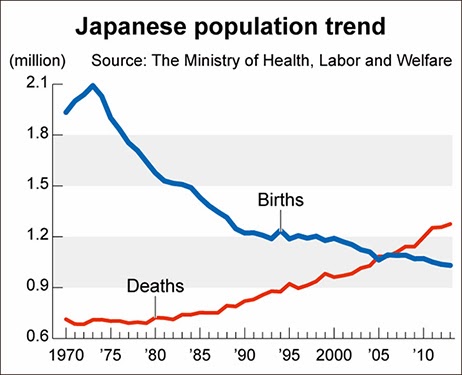 Something is going to break in the year or years ahead. Keep a close eye on the yen, the yields on Japanese bonds and the response from other countries around the world.

While the United States and Japan have used the exact same Illusion on the markets, Europe has created a slight variation:

Up Next: Rogue Wave 2: Europe Calmly Sits In The Eye Of The Storm