While the froth in the U.S. stock market has taken center stage, the secondary story of the year has been the spectacular move higher in many residential real estate markets across the United States.

Just as with stocks, this move higher has led the media, U.S. citizens and potential home buyers to believe that the bottom has been solidified and housing gains can now be expected every year. 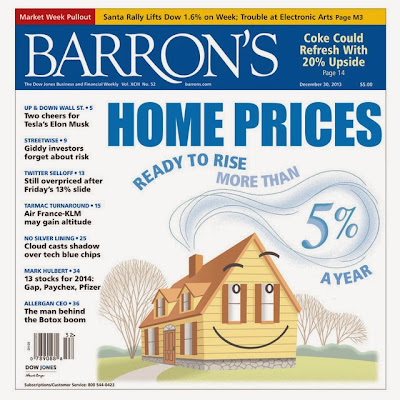 While the story is slightly different this time around, many similarities such as flipping houses for a living have re-emerged with a vengeance. 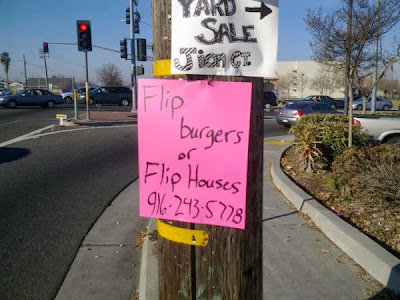 The major force behind home prices bottoming in early 2012 and rising through 2013 was the relentless decline in mortgage rates. After the housing market collapsed in 2006, the government and Federal Reserve became the housing market in 2008. The government has insured or purchased nearly 100% of the loans since then, with these loans being packaged and purchased by the Federal Reserve with printed money (quantitative easing).

In 2013, the Fed purchased three times the amount of new mortgages originated. After mortgage rates rose to just under 7% for many loans in 2008, rates for a 30 year mortgage fell to an almost unbelievable 3.35% in May of 2013.

We have covered many times in the past that falling mortgage rates combined with the exotic loan products available allowed more and more home buyers to enter the market in the 2000 to 2006 run up in prices. Rising "able" demand equaled rising prices.

We live in a more rational world today, the most exotic loan products do not exist and hopefully will not return. Today's buyers in general need an income, a down payment and a credit score. This means that the real affordability for homes today is derived from income, home prices and mortgage rates. If incomes rise, home prices fall and mortgage rates fall and more buyers will be able to purchase a home (able demand increases). If any one of those trends are reversed, then less buyers will be able to purchase a home. Understanding this allows us to determine how affordable home prices are today, which then allows us to determine price direction in the future.

In order to create a larger and larger pool of home buyers, which is what is needed to continue to push prices higher, the three factors (income, rates, prices) need to be moving in the correct direction together. The problem is that while two of the three were moving in the right direction from 2006 through 2012 (prices and rates were falling), all three are now moving in the wrong direction. Prices are rising and incomes are stagnating or falling. What about rates?

Mortgage rates bottomed in May 2013 at 3.35% and have risen to 4.7% today. While this may sound like a small rise the difference every 1% makes on the amount a buyer can spend on a home is enormous. 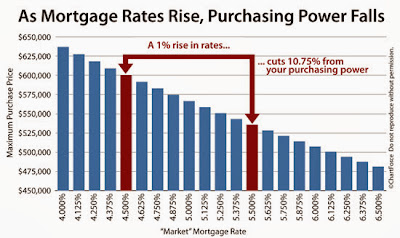 If less people can afford to purchase a home at a certain price level what happens? The prices fall to meet market affordability. For a complete walk through of why homes are less affordable today than they were in 2003 - 2006, I would highly recommend reading Mark Hanson's Housing Bubble 2.0. 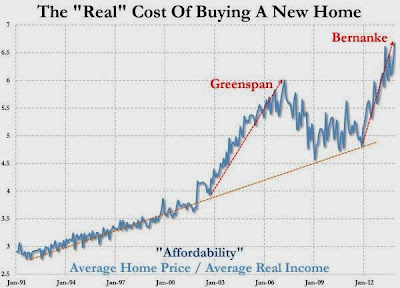 The large bidder in the market that has stemmed these three major headwinds (thus far) has been the entrance of Wall Street into the residential home market. Large investment groups such as Blackstone have raised tremendous amounts of capital (through extremely low Federal Reserve gifted interest rates) to purchase homes cash and rent them out. These groups are now even packaging these rental streams and selling them out into the secondary market. 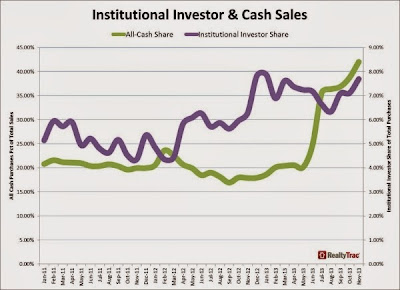 Rental properties have now flooded many of the largest cities. Many of these investment groups are now starting to pull back the reigns on their buying as the rental rates have slowed. Most of the (available non-shadow) bank owned distressed inventory has already been purchased and the higher real estate prices and interest rates no longer work with their cash flow models. If this buyer slows it would take a large piece of the price momentum out of the market. This is already beginning. Sales of existing homes have fallen for three straight months.

Unless something drastically changes in regards to real income skyrocketing, mortgage rates collapsing back below 3.5% or exotic loans re-entering the market, home prices will face major challenges in the year ahead and beyond.

Up Next: 2014 Outlook: Puerto Rico Ignites The Municipal Bomb